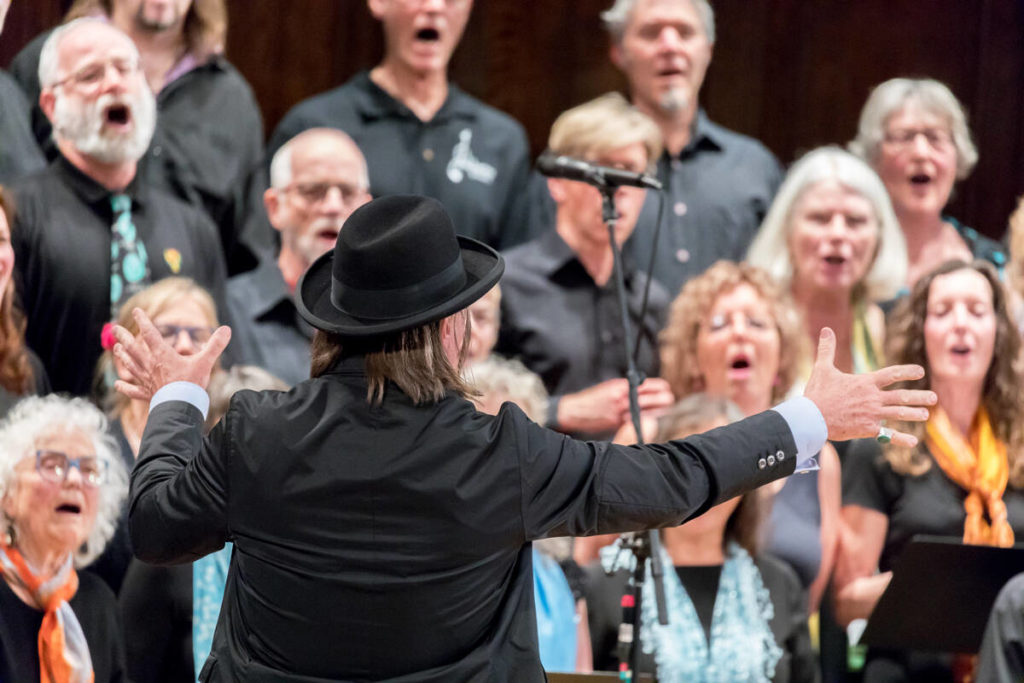 Daniel Lapp directs the Joy of Life choir, which plays a key role in the return of the Joy of Life concert to the Alix Goolden Performance Hall on April 16. (Mark Nicol/courtesy Victoria Conservatory of Music)

The Vic Theater is set to host Jammies and Toons this April as events return to normal in Greater Victoria. (Courtesy of the Victoria Film Festival)

Lantzville’s Paul Tedeschini has created a storytelling soundscape that will be available for listening free throughout UNOFest. His performance is just one of the various forms the festival will take in a year featuring live performances for the first time since the pandemic began. The festival runs April 27 to May 27. (Courtesy UNOFest/Intrepid Theatre)

With public gathering restrictions largely lifted, Greater Victoria music lovers have a variety of live entertainment options to look forward to this month.

Here’s a brief listing spotlighting some upcoming shows and festivals:

With modern and historic interpretations of new music and jazz standards, the fledgling five-piece Skye Douglas Project takes to the Hermann’s stage April 14 for an in-person and live-streamed show.

Jammies and Toons at the Vic Theatre

Families are invited to watch Teen Titans Go to the Movies on April 16 from 11 am to 1 pm at the Vic Theatre. The ritual of Saturday morning cartoons and unhealthy cereal is being indulged at this event. Attendees are welcomed in their pajamas to have a bowl of cereal while enjoying the show – courtesy of the Vic Theatre. Tickets are $9.

The film sees a group of young heroes head to Hollywood to fulfill their dreams. Things soon go awry, however, when a supervillain plans to take over the planet – putting the very fate of the Teen Titans on the line. Visit victoriafilmfestival.com to purchase tickets in advance.

Audiences are welcomed back to the Alix Goolden Performance Hall for Daniel Lapp’s annual Joy of Life Concert on Saturday, April 16 at 7:30 pm

Participants range from the student ensembles of the Joy of Life Choir, BC Fiddle Orchestra and Folkestra – combining for more than 100 performers – to special guest, Canadian indie-rock recording artist Kathryn Calder, the former poet laureate for the City of Victoria. Doors open at 6:30pm and the show begins at 7:30pm

After two years of online showings Intrepid Theatre’s UNO Fest is ready to switch gears, with solo performances returning to local venues for the 25th edition of the event. The festival showcases an eclectic mix of local and touring artists and runs from April 27 to May 27 at the Intrepid Studio Theater and The Metro Studio.

All tickets are sold in advance online, with early bird discounts available until April 14. For more information and tickets visit intrepidtheatre.com/festivals/uno-fest/.