Russian, Belarusian gamers to be banned from Wimbledon, Daniil Medvedev, Victoria Azarenka, was in Ukraine 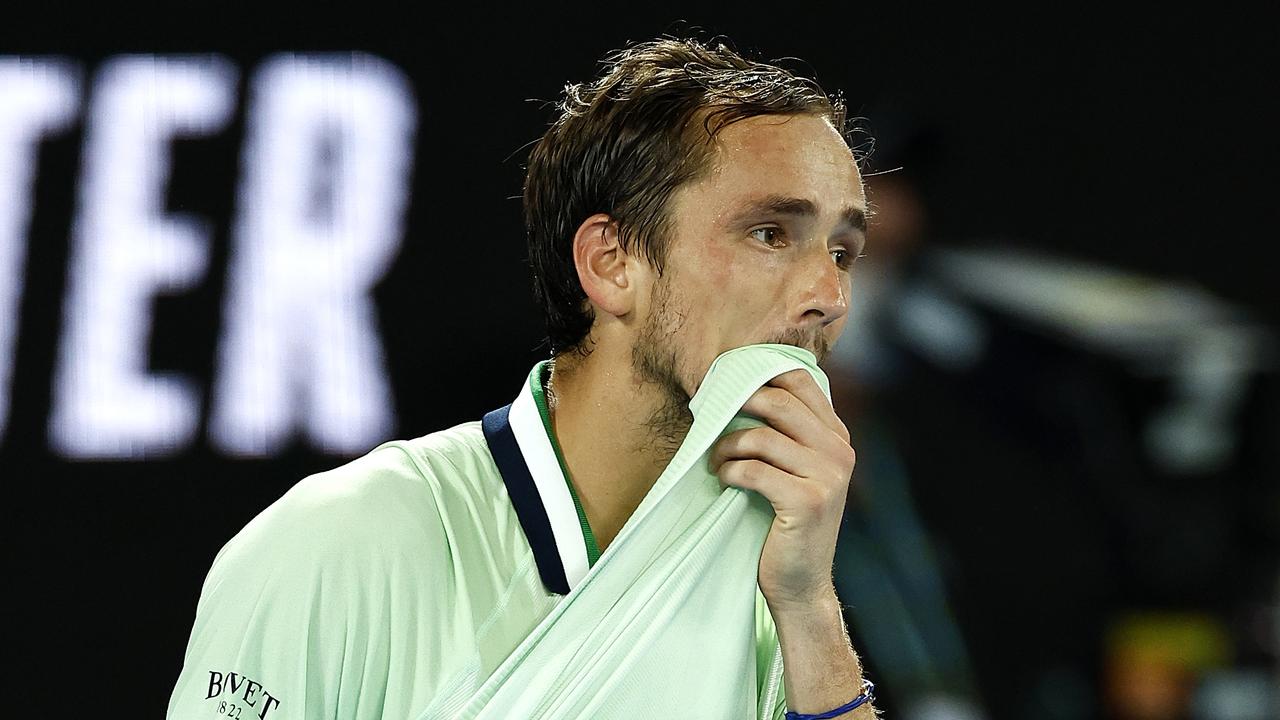 World No.2 Daniil Medvedev and former world No.1 Victoria Azarenka are among those reportedly to be banned from this year’s Wimbledon over Russia’s invasion of Ukraine.

The New York Times reported players from both Russia and Belarus, who supported Vladimir Putin’s nation, would not be permitted to play at the grand slam event.

It would make Wimbledon, to begin in late June, the first tennis tournament to restrict individual players from those countries. Until now most events on tour have allowed those players to compete, but not shown their national flags on tournament graphics.

Team events including the Davis Cup and Billie Jean King Cup banned Russians and Belarusians on March 1 while events in those countries were cancelled.

“I feel very strongly that again these individual athletes should not be the ones that are being penalized by the decisions of an authoritarian leadership that is obviously doing terrible, reprehensible things,” WTA boss Steve Simon told the BBC last month.

“But if that happens, which is again part of the overall strategy of making Russia and Russian citizens pay the consequence for the decision their government has made, then it won’t be something that we support.”

The ban would see Australian Open finalist Daniil Medvedev, who briefly surpassed Novak Djokovic for the No.1 spot earlier this year, among those barred from competing though he is currently recovering from a hernia operation.

Three other Russians would potentially be seeded in the men’s tournament – Andrey Rublev (world No.8), Karen Khachanov (No.25) and Aslan Karatsev (No.33) – while Belarus’ world No.44 Ilya Ivashka would also be impacted .

On the women’s side, dual Australian Open champion Victoria Azarenka, world No.6 Aryna Sabalenka and No.49 Aliaksandra Sasnovich from Belarus would be banned.

Four Russian women are currently in the top 31 – Anastasia Pavlyuchenkova (No.15), Daria Kasatkina (No.23), Veronika Kudermetova (No.28) and Ludmilla Samsonova (No.31) – plus No.44 Ekaterina Alexandrova.

All rankings cited are from the live rankings rather than the official weekly releases.

RSPCA Victoria is at ‘Catpacity’