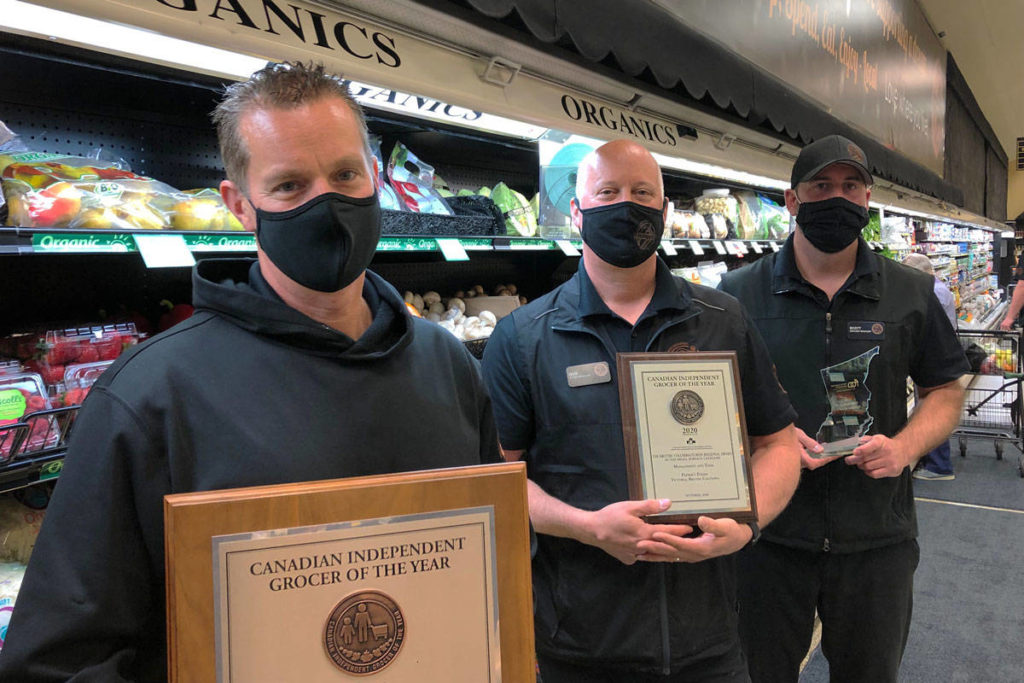 Whether hungry beach-goers or starving university students, the Pepper’s Foods team, tucked away on Cadboro Bay, welcomes its customers to local dishes with a warm smile. Their hospitality has earned the small grocery store many awards over the years and this month their trophy shelf got a little more crowded.

On May 11th, the Canadian Federation of Independent Grocers (CFIG) hosted their annual awards in a virtual ceremony. Saanich’s Pepper’s Foods received the Bronze Independent Grocer of the Year Small Surface – the category for all Canadian grocery stores under 15,000 square feet.

Before the winners could be selected, a judge toured independent grocery stores across the country to rate them on everything from cleanliness to customer satisfaction, said Cory Davits, general manager of Pepper Foods. He has worked in the business with his family for 35 years – father John is the owner, his uncle Don Way is the store manager and his wife Shannon and daughter Madison also work in the business.

Pepper’s Foods was recognized with the regional Small Surface Award as the highest scoring store in BC and the Yukon. With that, the 4,000-square-foot grocery store competed for the national award announced this month.

When Davits heard that they had been awarded bronze in the national competition, “went around and congratulated everyone (staff) on their efforts.” The team was unable to attend the ceremony due to COVID-19, but is hoping for a belated celebration once restrictions are eased.

“It’s an honor because we do business three times the size of us,” he said. But it’s not just about the awards, it’s about making customers happy – something he couldn’t do without his dedicated team.

The performance was more poignant this year due to the ongoing COVID-19 pandemic. Davits praised his team for making the shop shine under the stressful conditions they were exposed to as front-line workers.