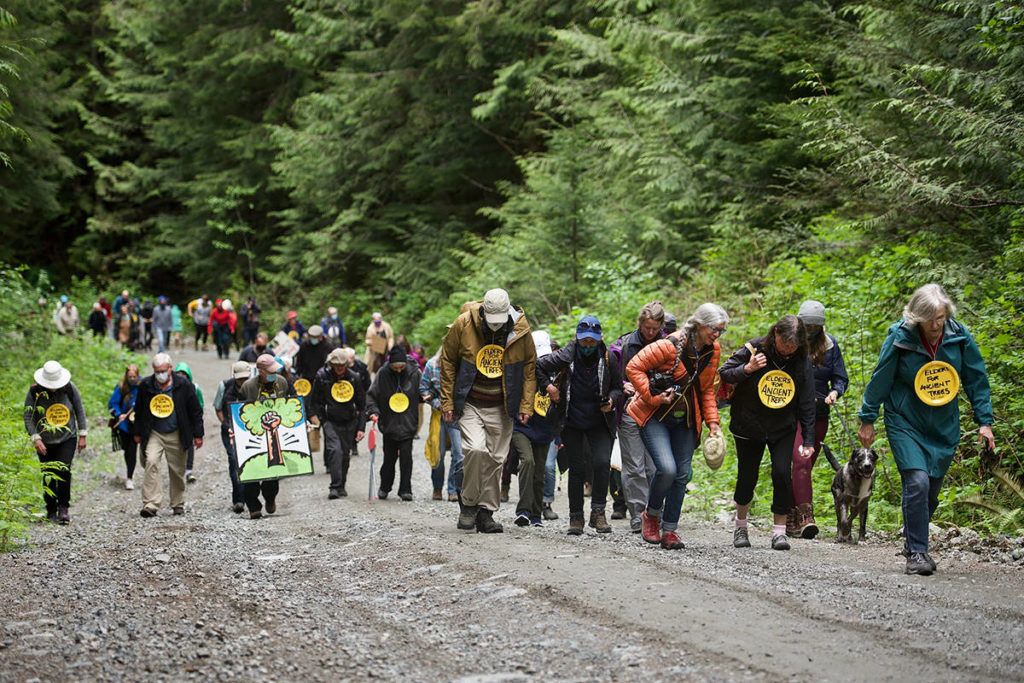 A group of seniors marched on lumberjack roads in Fairy Creek on May 25, saying they had completely overwhelmed the few RCMP officers who were keeping a restricted area there.

Saul Arbess, 82, said when officers saw more than 100 seniors marching up the street, they simply rolled up their police tape marking the Exclusion Zone on Road 2000 and left.

“We made a good impression,” said Arbess.

That protest has now grown to at least five blockades, the two largest being Fairy Creek and Caycuse near Lake Cowichan. Teal-Jones asked the court for an injunction to remove the protesters, which was issued on April 1. On May 17, the RCMP began enforcing them.

The restricted areas, he said, were not included in the injunctions and Arbess and others consider them illegal.

“Of course this was about getting the government to react, to get Prime Minister (John) Horgan to react. We can’t understand why he didn’t respond. “

The seniors hiked up a steep hill to the Waterfall Camp and surprised the three protesters who were locked in what Arbess called a very uncomfortable position. They gave encouragement and moral support to the young people who held the line with their bodies.

READ MORE: Scientists publish maps of ancient forests in BC and urge the province to stop logging

Alison Acker, 92, was there on May 25 as she had been in Clayoquot Sound during the famous War in the Woods in the early 1990s. She was arrested there and was ready to be arrested now.

“I’m not filing for arrest unless necessary, but it’s one of the few ways you can get your voice to be heard. As an old person, I can’t do a lot of things, but I can go up a hill and sit on my bum, ”said Acker.

The RCMP did not respond to a request for comment.