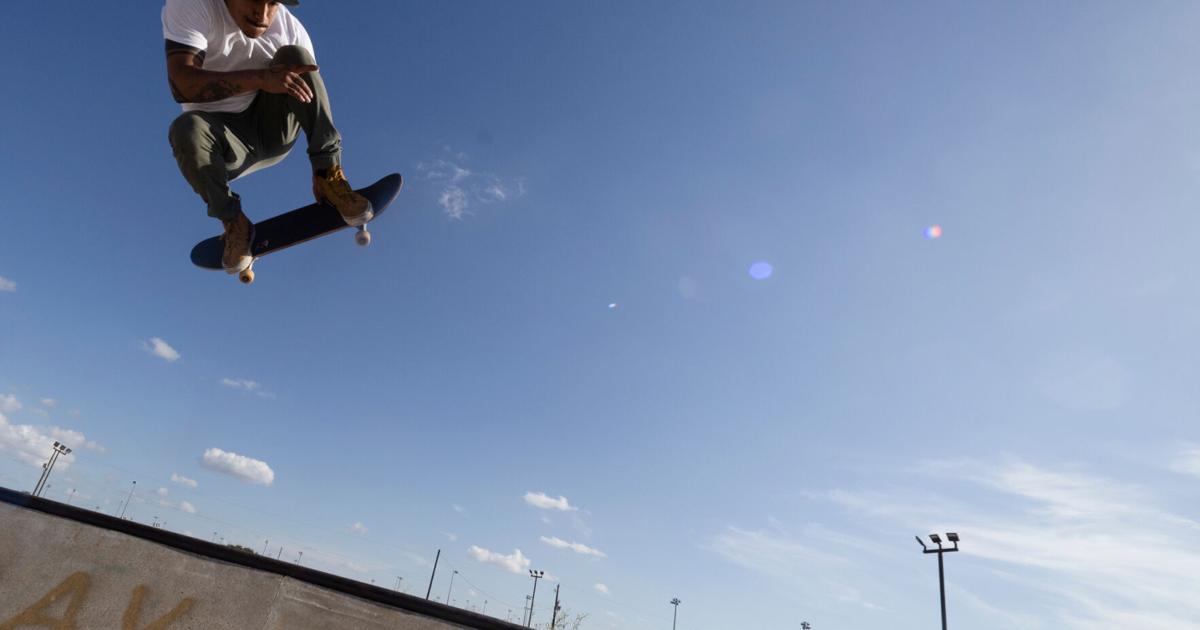 The Victoria Skate Park has its own soundtrack.

The sound of rolling wheels on concrete are cut short by the sharp snap of an ollie. Next might be the metal-on-metal grating of a 50-50 grind or — just as likely — a wood-clattering indication that someone hadn’t quite landed their latest trick.

Go Skateboarding Day was established by the International Association of Skateboard Companies to encourage skaters to promote the sport around their own communities. On Tuesday, in cities around the world, skaters took to the streets to hold competitions, workshop their latest tricks and share their love of skating.

This year, the city of Victoria marked the day by providing free pizza and soft drinks to skaters at the capital of Crossroads skating: The Victoria Skate Park.

City recreation coordinator Alex Aguero said one of the goals was “just to let everyone know that we want to establish a great relationship with the community.” Aguero said that he hoped fostering a sense of pride and community in the city’s skate park would help cut down on the ongoing headache induced by graffiti.

“I really like the community,” said Escobar, who said he’s been skating seriously for about three years. “Skaters, it’s like a big family. Everyone loves each other here, you know. No one’s going to judge you. Everyone’s here to help. Everyone’s here to be positive and back you up.”

When Alex Shu flew out of the pool at a particularly impressive height, 16-year-old Andres Stubbs had a question.

“How do you get air like that?” said Stubbs, who moved to Victoria from El Campo a few weeks ago.

“I panic,” said Shu, a Victoria multimedia specialist with Building Brands Marketing. “Step one is: Panic.”

Despite the serious talent on display on Tuesday afternoon, many skaters stressed the sport’s — and the local community’s — accessibility.

David Garcia, known to some as “Crazy Dave,” has been skating locally off-and-on for 10 years. He said the Victoria Skate Park is great because it’s not an impressive, professional skating pool, which might deter newcomers.

Just about everyone on Tuesday agreed the only thing a person needs to start skateboarding is determination.