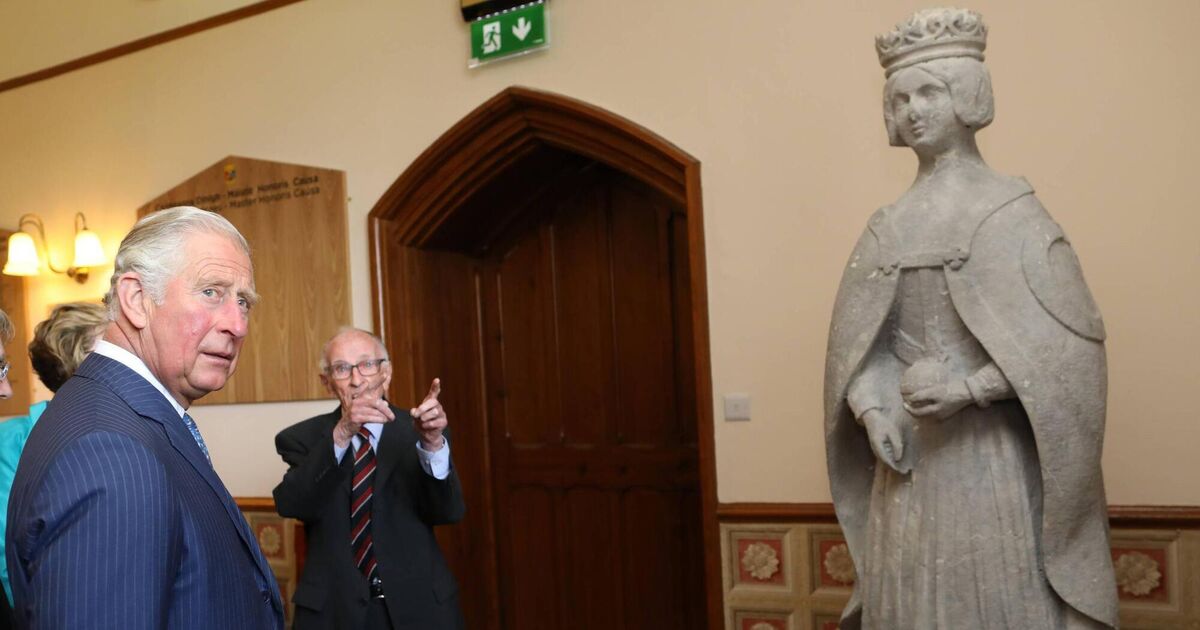 It is no exaggeration to claim that Queen Victoria took Cork by surprise when she first visited the city, on Friday, August 3, 1849. Her arrival marked the start of her first state visit to Ireland, and coincided with the opening that same year of University College Cork – or Queen’s College, Cork, as it was then known – where she was to see a statue erected in her honour.

Victoria had sailed into Cobh the evening before, and was expected to spend a second night on the Royal Yacht in Cork harbor before venturing into the city. Instead, the royal party – including Prince Albert and the couple’s four eldest children – sailed up the Lee estuary on the Friday afternoon.

“This was the Famine period, but all the controversy around her legacy as ‘the Famine Queen’ came much later,” explains Dr Jay Roszman, who lectures in 19th century Irish history at UCC. “The disappointment at the time was over the fact that she arrived a day early. There was a lot of veiled criticism of that in the media.”

Given how much death and deprivation Ireland had experienced since the potato crop first failed in 1845, it was a remarkable fact of Queen Victoria’s visit that she was welcomed here at all, but she was welcomed. On the Royal Yacht’s arrival at the quays in Cork, the Mayor, William Lyons, stepped aboard to greet the visitors, and he then accompanied Victoria on her subsequent carriage tour of the city. Over the previous months and weeks, buildings had been freshly painted, banners and flags strung up above the streets, and arches of flowers erected all along the route.

Victoria seems to have been unaware of how much anxiety her early arrival in Cork actually caused. She noted in her diary: “Our reception was most enthusiastic, everything went off to perfection, and was very well arranged. The crowd was a noisy, excitable, but a very good-natured one, running and pushing about, and laughing, talking and shrieking.”

After two hours or so, Victoria and her party proceeded out along the Western Road to visit the new college. According to the Illustrated London News, she arrived to find her statue was still being hoisted into position, on the apex of the east gable of the Aula Maxima, and only paused long enough to give it a cursory examination. “We’ll never know for sure if that was how it actually happened,” says Roszman, “but that was certainly how the story was presented in the press.”

A page from the Illustrated London News in 1849, showing the unveiling of the statue of Queen Victoria at UCC, and the royal squadron passing Monkstown, Co Cork.

The limestone statue was carved by a local sculptor, Patrick Scannell of Cork Marble Works at 13 Douglas St. Most of the popular images of Queen Victoria that survived depicting her in later life, as a widow in black, but Victoria was only 30 at this time, so naturally, Scannell portrayed her as a young woman. As such, the likeness bears little resemblance to Victoria as she is now remembered in the public mind.

This was no reflection on Scannell, an artist of some ability, who would later sculpt the Berwick Fountain on the Grand Parade. On his death in December 1911, the Cork Examiner ran an obituary. “He’s listed as being a devout Catholic,” says Roszman. “And it’s mentioned that a lot of his work was related to church altars. But the statue of Queen Victoria was not mentioned at all. I thought that was interesting; in that legacy, it’s written out completely.”

The exclusion was most likely a consequence of rising nationalist sentiment in the country at that time. In 1900, on the occasion of Queen Victoria’s fourth and final visit to Ireland, Maud Gonne had damned her as ‘the Famine Queen’ in an article of that name, for failing to do more for her Irish subjects in their time of greatest need.

In 1908, under the Irish Universities Act, Queen’s College was reconstituted as University College Cork. One of the leading nationalists at the college at that time was Professor Alfred O’Rahilly, who, on his appointment as registrar in 1920, spearheaded the campaign to replace the statue of Queen Victoria with one of St Finbar, sculpted by Séamus Murphy.

“The statue of Victoria came down in 1935, and was stored in an East Wing office space,” says Roszman. “In 1939, students defaced the royal crest on the front of the college. Prof John A Murphy, in his history of UCC, writes that there was worry that republican students would damage the statue of Queen Victoria too. So at some point it was buried under the lawn in the President’s Garden.”

In 1990, five years ahead of the 150th anniversary of the Colleges Act that birthed UCC, it was decided to exhume the statue. No one could remember quite where it was buried, so the college borrowed scanning equipment from the National University of Ireland, Galway, to help locate it. It would be another four years before work to dig up the statue actually began, and there was uproar; the subject of the Famine Queen was undoubtedly one of the hottest in the Examiner’s letters pages that year. 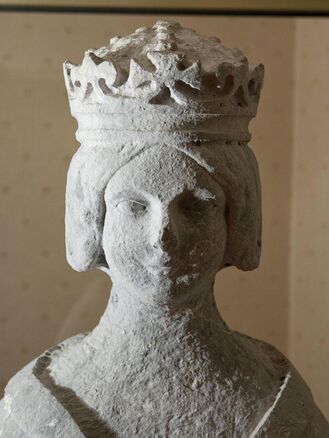 A closer view of the statue of Queen Victoria in University College Cork, made by Patrick Scannell in Douglas Street. Picture: Tomas Tyner, UCC.

“Commemorations for the 150th anniversary of the Great Famine were being planned around the same time,” says Roszman. “And some people got very upset about the statue. It’s fascinating now just how much controversy it caused.”

The furore was such that the statue was never put on prominent display. Instead, looking somewhat the worse for wear, it was quietly installed in the Graduate Hall, where it remained for some years before being brought down to the Tyndall Institute on the Mardyke for Elizabeth II’s visit in May 2011. On that occasion, Murphy explained to the monarch that the college authorities of 1935 were “too civilized to break the statue up, even though they didn’t like Queen Victoria. They would have been Philistines to have destroyed it.”

Prince Charles also viewed the statue on his visit to UCC in June 2018, and gamely posed for photographs in the doorway of a replica bothán, the one-roomed hut made of sods in which so many families succumbed to hunger and disease in the Famine era .

The visits of Queen Elizabeth and Prince Charles seem to have done much to dispel the controversy over the statue of ‘the Famine Queen’, which is now encased in glass in the Staff Lounge in the main building on the Quad. There are currently no plans to make the statue more visible but, as Roszman says, “It’s hard to imagine that anyone today would care that much about it anyway.”