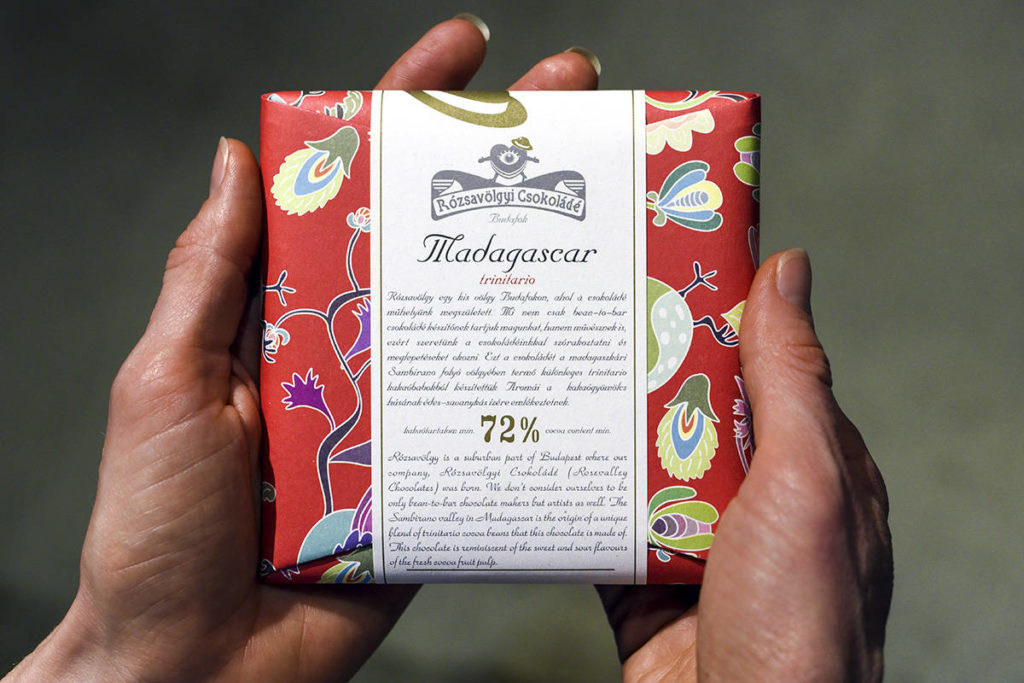 Much like the Christmas season, chocolate has a special way of bringing people together.

It’s one of the most popular foods around the world, dating back approximately 5,000 years into Mesoamerican history. The journey of a single chocolate bar could begin with an ancient tree in a remote jungle and then wander through the hands of the farmer who harvests the cocoa pod to the chocolatier who imagines his unique flavor profile.

When examining chocolate for the first time, the process can be overwhelming, as David Mincey and Paige Robinson discovered in the late 1980s. At the time, the couple owned an upscale restaurant called Camille’s in Bastion Square in Victoria. In 1989, Camille’s was one of the founders of the farm-to-table movement in Victoria. David, a professional cook, and Paige had only one ingredient key that was next to impossible to obtain.

“In our restaurant, we wanted everything we cooked with to be traceable, but the only thing we couldn’t get was chocolate. In 1989 we couldn’t buy a single piece of chocolate that wasn’t from a slave trade plantation in West Africa, ”explains David.

The couple began doing chocolate research and traveling where cocoa was grown to meet with chocolate makers.

“With a little time and persistence, we discovered this whole subterranean world of ethical chocolate, which developed as ‘bean to bar’ or ‘single-origin chocolate’. And then I got obsessed, ”says David with a smile.

David and Paige started offering after-hours chocolate classes at Camille’s. These lessons covered everything from the history of the cocoa pod and the unethical side of the industry to tasting and exploring chocolate from around the world.

“People wanted to buy the bars they tried knowing that they were eating ethical chocolate. We brought bars for sale in the restaurant and had satellite stores in local stores all over Victoria. This slowly became our permanent home in the Victoria Public Market in 2012, ”explains David.

David and Paige’s passionate project, now known to the public as The Chocolate Project, has become a major staple in the Victorian food scene.

“Chocolate is currently on the same path as microbreweries or fair trade coffee. Fifteen years ago I couldn’t do that, but now there are hundreds of people making small amounts of sustainable bean-to-bar chocolate, ”says David.

With the world’s 400 best ethical candy bars, The Chocolate Project has an endless selection that can be a little daunting for the first-time buyer. Fortunately, David, now a renowned international chocolate judge, will guide you through the selection process. As someone who knows every bar in the store inside out, David cannot emphasize enough that this store is so much more than a place to buy great chocolates – it is an educational institution.

“This is not just a business, this is a school and that’s what we really want to focus on. It’s a place for both chocolate lovers and people who are curious about chocolate and want to know what’s going on in the industry, ”he says.

The Chocolate Project offers complete chocolate tasting parties that can be self-led or led by David in the shop or in a private residence. Tasting packages are individually put together by David at the customer’s request and are delivered with the same evaluation sheet that is used for the international chocolate prizes.

“This is a fun way for people to try, rate, and rate chocolate, just like we do as a jury. When people consume chocolate this way, they really think about what they taste like. It’s amazing how much you can learn about chocolate if you pay attention to it, ”says David.

The first step in any chocolate tasting party is understanding how to taste it.

“If you taste chocolate, never chew it because your teeth destroy the taste profile. You put a piece on your tongue and slowly let it melt with your body heat. Chocolate bars like the one we sell are like good solid wine and that’s how you should think of it. You have to turn it into a liquid to really taste it, ”explains David.

Whether you’re ending a dinner party with a new dessert experience, or just showing guests a different type of Christmas party, a chocolate party offers people a new way to connect and spend time together this season. While each bar offers a different taste and a different history of origin, one thing promises to stay true: your appreciation for chocolate will change forever.

Island-bound? Over 50 eating places taking part in Dine Round Victoria 2020