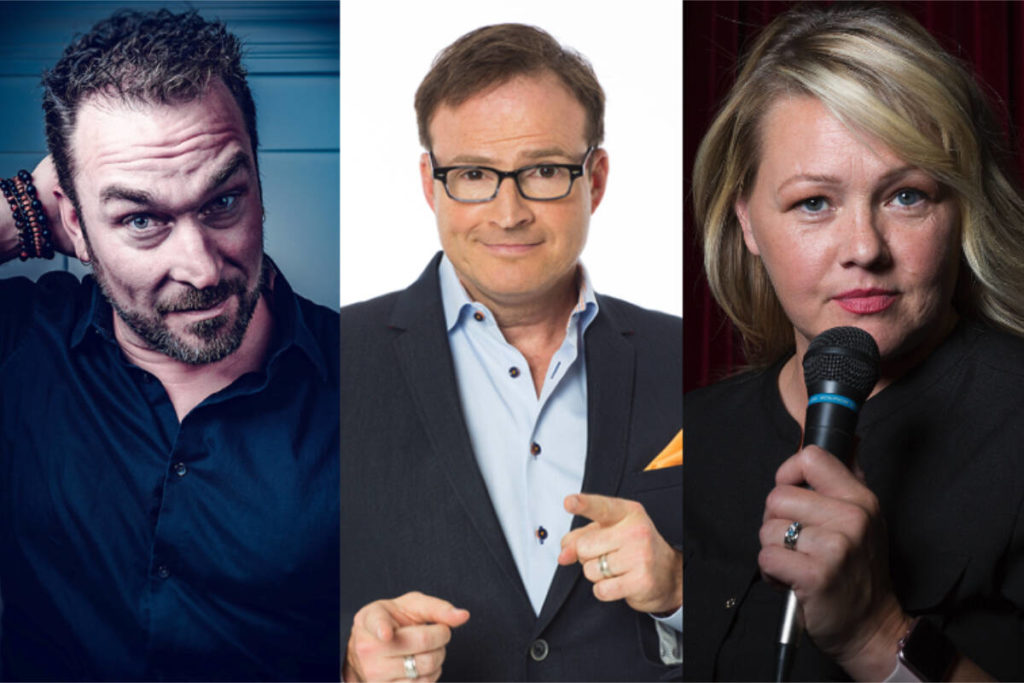 One of the drivers of The Debaters is to find the funny in current events.

Given the past couple of years have been anything but funny, the popular radio show’s host, standup comedy veteran Steve Patterson, said it’s important people have an outlet from the stressors of today’s news and life.

“The whole comedy as a lecture thing is on the back burner for now; not that we don’t want to talk about the important issues, it’s just that they want the relief of laughter,” said Patterson, who brings The Debaters Live on Tour to the Royal Theater this Friday (May 13).

“We’re having fun, making sure we get good laughs out and making sure it’s a release. People have to learn to laugh again.”

Patterson recalled the last time The Debaters Live on Tour stopped in Victoria, the previous government was in power and he was given a tour of the legislature. No impending election in BC will provide fodder for the group, unlike the upcoming Ontario vote that did on their swing through that province last month.

While both Vancouver-based Sigurdson and Montreal-based Seguin are regulars on The Debaters radio shows, this 2022 tour marks their first time touring live with this format, which features as a bonus their solo standup routines.

Patterson, an accomplished standup comic himself, will also do a solo stint and serve as moderator when Seguin and Sigurdson take the gloves off for the frequently hilarious, improvisational head-to-head debates where the audience picks the winner.

The Royal Theater also holds memories for Patterson, the host of the program since 2007.

It was the first big venue where a taping of The Debaters took place outside a CBC studio or a regional site such as the lobby of a legislature.

“The people of Victoria really turned out,” he told Black Press Media. “I remember the first big laugh lasted about 60 seconds, so the taping took a long time.”

Ticket prices start at $50.75 and are available online here, at the Royal and McPherson theater box offices, and are reservable by phone at 250-386-6121.