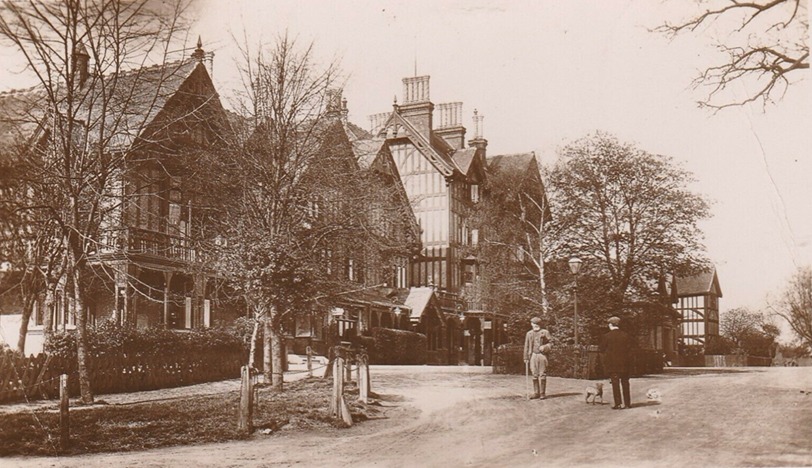 Originally known as the Forest Hotel when it opened in Chingford in 1880, it was renamed the Royal Forest Hotel in 1882 after Queen Victoria visited Epping Forest to dedicate it to the people.

The hotel served the hordes of visitors to the forest by train from the newly opened Chingford Station.

The 1900 photo above shows the detailed design by Edmond Egan, the Loughton architect who was also responsible for some of the very decorative houses on The Drive and Crescent Road.

The hotel’s busiest period was around 1910. However, a severe fire in 1912 resulted in the hotel being rebuilt to the top floor.

The building is now a Premier Inn and Brewers Fayre

Today the building is operated by Premier Inn and Brewers Fayre.

Use this link to learn more about the Chingford Historical Society.