True Story of the Nice 1851 Exhibition on ‘Victoria’ 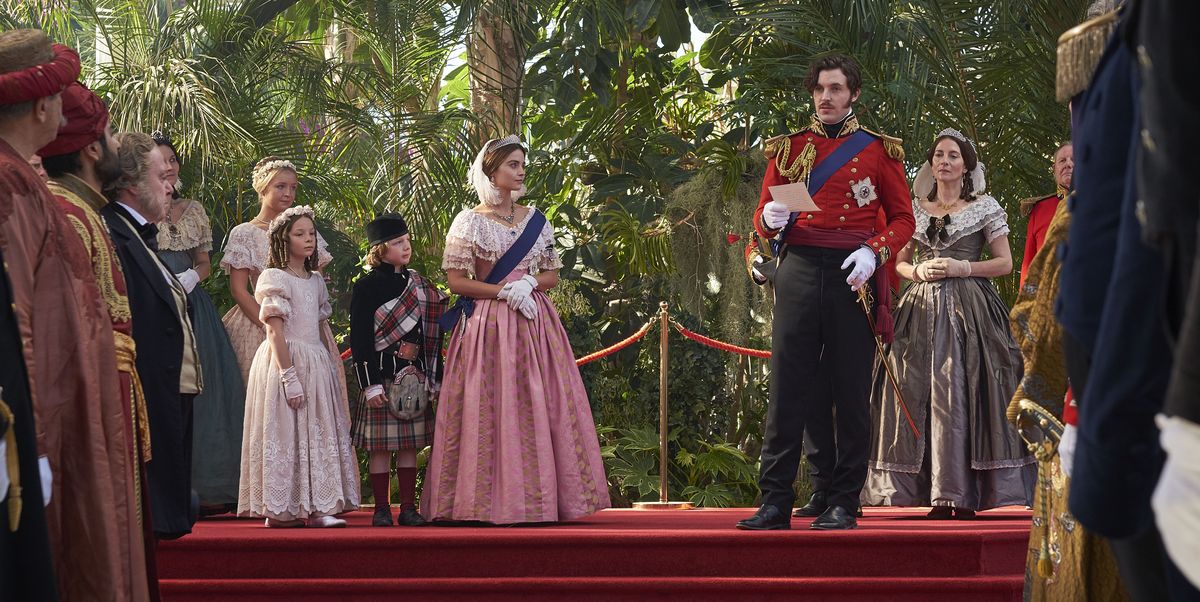 Victoria’s third season builds on Prince Albert’s crowning achievement, the Great Exhibition of 1851. This is what the groundbreaking trade fair for technology and innovation looked like in reality:

As depicted on the show, the 1851 Grand Exhibition was a joint effort by Prince Albert and Henry Cole.

A scene with Prince Albert and Henry Cole from this Victoria season.

Cole and Prince Albert were introduced by the Royal Society for the Encouragement of Arts, Manufactures and Commerce. Albert served as president of the organization and Cole was a member.

According to the Victoria & Albert Museum, “Cole persuaded Prince Albert that an international exhibition in London would educate the public and inspire British designers and manufacturers,” and so a royal commission was formed, which first met in 1850, to organize such an event to organize .

A Crystal Palace in Hyde Park housed the 100,000 exhibits that made up the fair.

Overall, the preparations for the Great Exhibition, which included not only the choice of location in Hyde Park, but also the design, manufacture and construction of the inconical Crystal Palace, took only 16 months. The structure was designed by Joseph Paxton and was heavily influenced by his interest in greenhouses. After the Great Exhibition, the structure was dismantled and rebuilt in south-east London, where it reopened as a popular attraction in June 1854. It finally burned down in November 1936.

See a few pictures below that show the Crystal Palace:

A scene from inside the Great Exhibition.

A representation of the closing ceremony of the Great Exhibition in 1851.

A photo of the roof of the Crystal Palace in its new location, taken around 1900.

Queen Victoria opened the exhibition on May 1, 1851.

According to the Royal Collection Trust, she described the day as “one of the greatest and most glorious of our lives, and to my pride and joy, my beloved Albert’s name is forever linked.”

The opening of the Great Exhibition of 1851.

The exhibition would run until October 15 of the same year.

Despite the initially negative press, about six million people visited the Great Exhibition.

That was about a third of the UK population at the time. Famous names reportedly attending include Charles Dickens, Lewis Carroll, George Elliott, Charlotte Brontë, and Samuel Colt, among others.

Upon completion of the Grand Exhibition, a grant of £ 5,000 from Parliament made it possible to purchase a number of objects for an ongoing exhibition.

According to the V&A Museum, these items would form “the core” of the Museum of Manufactures, which first opened in 1852 with Henry Cole as director. This museum would eventually become what is now known as the V&A.

In total, the event made a profit of £ 186,000 – tens of millions of pounds adjusted for inflation.

Prince Albert stated that the profits “should increase the resources of industrial education and widen the influence of science and the arts on productive industries,” and according to the Guardian, the commission that helped design the exhibition “went on forever, to spend those winnings “. . ”

Some of the funds were used to purchase 87 acres in South Kensington, which would later serve as the location for a number of museums, including the V&A, the Natural History and Science Museum, and the Royal Colleges of Art and Music.

Other funds would eventually go to the creation of an educational scholarship foundation.

According to the Royal Commission website, the group awards 35 awards each year, now known as postgraduate scholarships “for advanced study and research in science, engineering, the built environment and design.”

Caroline Hallemann
Digital News Director
As the digital news director of Town & Country, Caroline Hallemann covers everything from the British royal family to the latest episodes of Outlander, Killing Eve and The Crown.