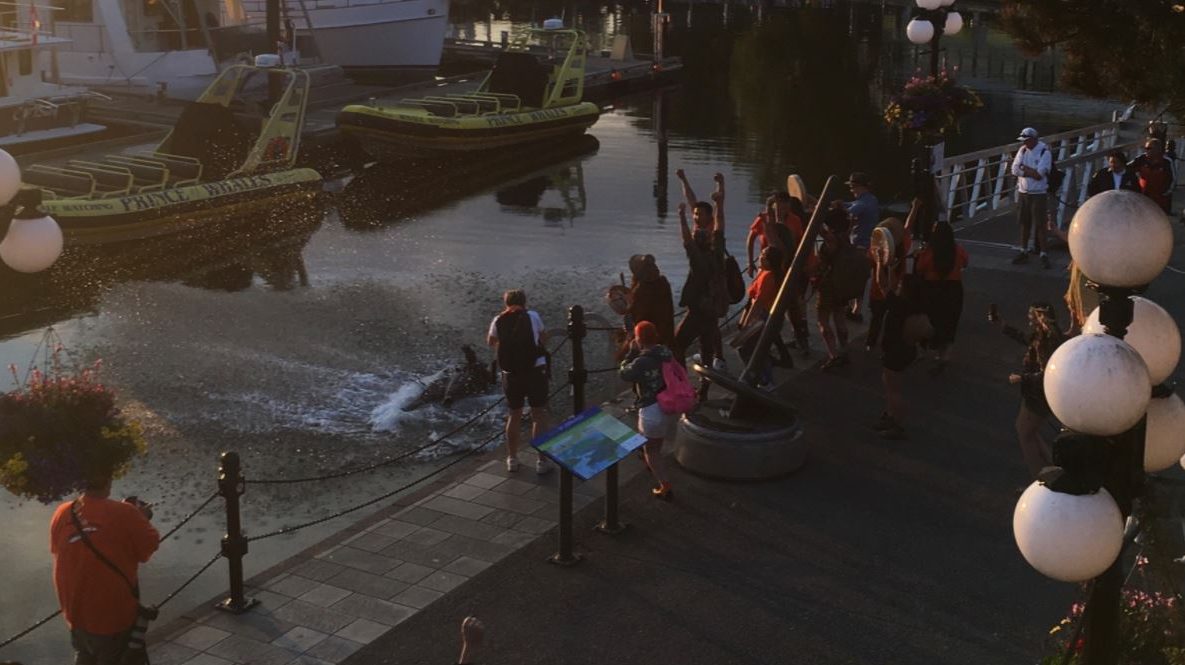 VICTORIA (NEWS 1130) – The statue of Captain James Cook that stood outside the Empress Hotel in Victoria has been defaced, demolished and thrown into port.

According to investigators, The statue on Government Street was dismantled shortly after 8:30 p.m. on Thursday, July 1st.

The video posted online shows a line of people pulling a rope tied to the monument and pulling so hard that it snaps at the base and falls to the ground. The large, surrounding crowd cheers as the figure falls.

“That was a moment before his body was sunk in the Salish Sea by Nuu Chah Nulth Youth and friends,” the post read on Instagram.

Images shared by Climate Justice Victoria captured the moment the statue was thrown into the harbor.

The Captain Cook statue was just posted in #yyj pic.twitter.com/ADnnkWZjqc. thrown into the sea

Meanwhile, photos of the remains show the statue’s base, which is covered in what appears to be red paint, along with handprints.

Many have called on the British Columbia capital to remove all monuments that “celebrate settler colonialism.”

Former statue of Cpt. Cook in #yyj Inner Harbor across from the Empress. pic.twitter.com/C67J2D2Kpd

“Safe, peaceful, and lawful protests are allowed under the Canadian Charter of Rights and Freedoms. It’s not property damage, ”said Victoria police, adding that they are now looking for several people.

The police have released pictures of two suspects they are trying to identify.

Police say they are looking for several people after a statue of Captain James Cook was demolished and thrown in Victoria Harbor on July 1. (Courtesy Victoria Police)

15 actions in and round Victoria this weekend 26-27 June