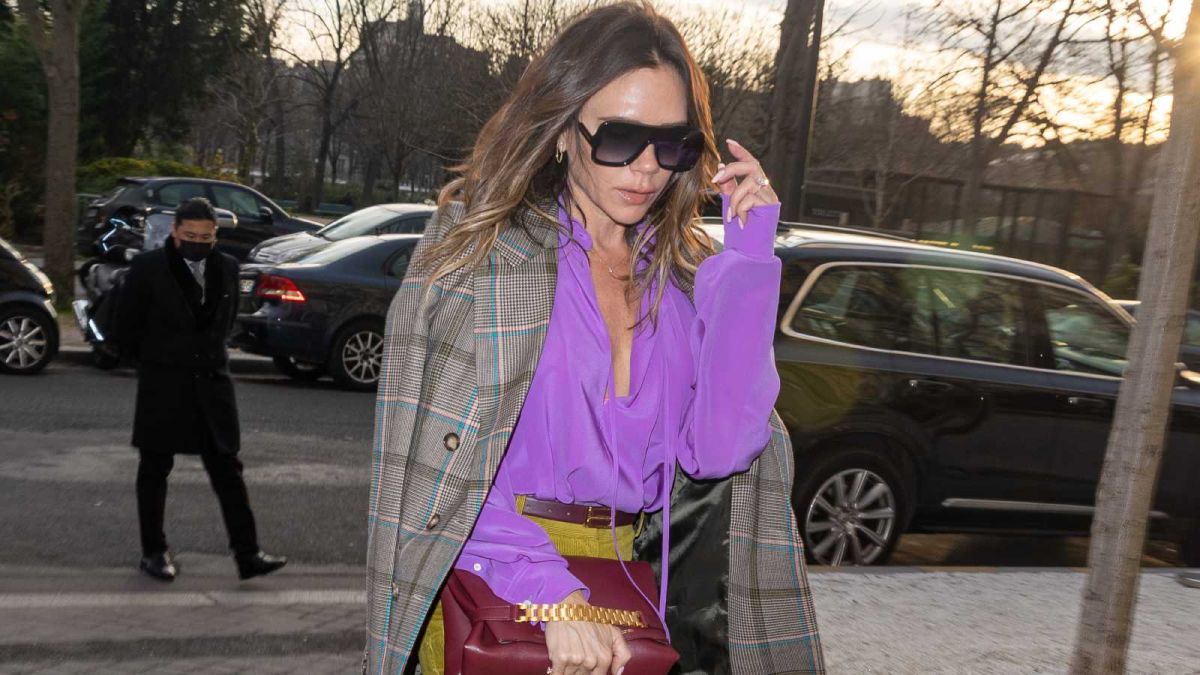 Ladies and gentlemen, the one and only Victoria Beckham is officially on TikTok!

Just a few days after she asked her Instagram followers if she should join the rivaling platform, Victoria, who has recently spoken out about social media ban on daughter Harper, already posted three videos on TikTok.

Although fans are clearly excited about the development, Victoria is already facing backlash in reaction to what many deem to be an “out of touch” upload.

In one of her videos, the fashion guru is seen sitting at a table with a waiter behind her and a covered plate of food in front of her.

The waiter is then seen approaching the plate of food and uncovering it, revealing the former Spice Girl’s favorite food of all time: grilled salmon and steamed vegetables.

This isn’t the first time that Victoria’s followers are introduced to this specific dish. In fact, in a relatively recent interview on the podcast Table 4, Victoria’s husband David Beckham revealed that his wife’s eating habits are pretty steady.

“Since I met her, she only eats grilled fish, steamed vegetables,” David said on the podcast. “She will very rarely deviate from that.”

Earlier this month, Victoria’s food-related standards made headlines again when her “odd” dietary requests at Spanish wedding were revealed. She, apparently, asked to change the “whole menu” at the Seville wedding reception of Sergio Ramos and Pilar Rubio.

Although plenty of her over 110,000 followers took to the comments section of the TikTok video to profess their love for Victoria, many used the space to criticize her and call her “out of touch” with the United Kingdom’s current cost of living crisis.

“This really hit the wrong side of tiktok 👀,” someone else noted.

“Read the room… this is not the time or place,” yet another follower wrote.

Other folks quickly came to the star’s defense, with someone writing, “I feel like the joke has gone RIGHT over people’s heads.”

Someone else commented, “Did I miss the part where Mrs Beckham was in charge of the country, finance and taxing? The video is a bit of fun, made me laugh.”

The criticism did not stop Victoria from posting two other videos to TikTok. One is a behind-the-scenes look at her Vogue Australia cover shoot, where she is seen donning a slew of different outfits, from black leather pants to a variety of gowns and a particularly exciting long, white fur coat.

The other upload focuses on the star’s beauty routine.

In the selfie clip, the fashionista lists all the Victoria Beckham Beauty product she used to get ready that day: Reflect highlighter stick, smoky eye brick in signature, Satin Kahal liner in ash, future lash mascara, lip definer number 2 and “lots and lots and lots” of posh gloss on ice.

For what it’s worth, we’re delighted to get to follow Victoria on TikTok now and can’t wait to see more of her.