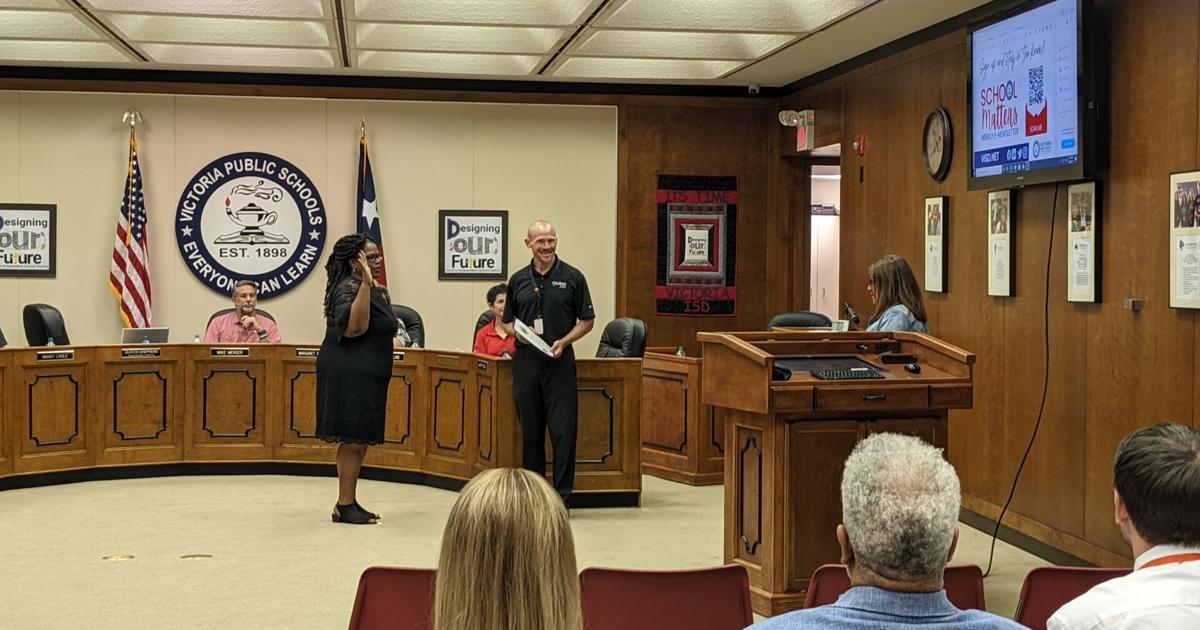 Victoria’s school board heard options for expanding the presence of armed personnel on district campuses, including multiple possibilities for arming school staff, at its Thursday night meeting.

Jeb Lacey, a consultant from RS School Safety hired by the district, presented five different ways that individuals are able to carry firearms at schools. The first option, already in place at Victoria schools, is school resource officers, who are police officers placed inside schools.

District secondary schools already have school resource officers on campus. They are dispatched to elementary schools as needed.

If the board wants to expand its armed security beyond school resource officers, then it has four other options.

One would be for the board to establish a Victoria Independent School District police department, where the district would hire police officers itself.

Another is for the district to hire contracted security guards, who under state law would have to also be credentialed peace officers already.

The last two options would allow the district to poor school staff who are not law enforcement officers, possibly including teachers. The first way this could work is through Texas’ school marshal program, where district staff can be licensed by the Texas Commission on Law Enforcement to carry a firearm on campus.

This process is strictly regulated, and requires the would-be marshal to have a valid License to Carry issued by the Texas Department of Public Safety and to pass a formal 80-hour long training course.

Another possibility for arming school staff is for the district to directly give permission for individual staff members to carry firearms on campus, a system which is sometimes called a “guardian plan.”

This system allows districts to give individual staff members, including teachers, permission to carry or possess weapons at school, with effectively no oversight from state government.

School boards determine the amount of training or certification needed — or not needed — in order for someone to become a “guardian.”

The board did not take any formal action toward any of these options at Thursday’s meeting, but said that they wanted to discuss the matter further as soon as possible.

“Nothing is off the table,” board President Mike Mercer said about security policy during the meeting.

A 2020 audit by the Texas School Safety Center at Texas State University found that 280 Texas school districts used the “guardian” system, with only about 60 using the official marshal program. The audit also found that the majority of school districts have no security personnel other than law enforcement.

In addition to the conversation about school security, the board also began discussions about the district’s 2022-23 budget, which has to be adopted by Aug. 31.

District 1 Trustee Kathy Bell was sworn in as the board’s newest member. Bell defeated Theresa Klacman in the District 1 school board race in May.

The board also unanimously moved forward in hiring a general contractor for the bond-funded construction project to build a new Mission Valley Elementary School.

The move starts the process for a district committee to evaluate possible contractors based on qualifications and price before hopefully hiring one in July.

In the final item of the meeting, the board hired Larry Rodriquez as the new principal of Patti Welder Middle School. Rodriquez was formerly an assistant principal at Victoria West High School.

Who tried to kill Queen Victoria in 1840? The true life story of Edward Oxford’s assassination try. ITV, PBS Masterpiece within the US, ABC, BBC First in Australia, TVNZ 1