Victoria faces a grave local weather and vitality disaster. The brand new authorities’s insurance policies have to be far bolder

The Andrews Labor government has been returned to Victoria. It must now reckon with two particularly crucial challenges: runaway climate change and wartime-scale energy costs.

Victorians are still reeling from rare major flooding in which the state’s largest dam, Dartmouth, spilled over. Meanwhile, electricity prices in Victoria are rising dramatically.

The Andrews government has signaled a major shakeup of Victoria’s energy sector. Its pre-election commitments – a 95% renewable electricity target by 2035 and net-zero emissions by 2045 – are definite moves in the right direction.

And plans to reinstate the State Electricity Commission, including a constitutional amendment to cement this change permanently, speaks to the government’s intention to regain control of the electricity market and skyrocketing energy prices.

These are significant pledges and daunting tasks to accomplish. But the Victorian government must go further to secure the energy sector and take stronger climate action.

Today’s high energy costs are driven primarily by fossil fuel supply constraints. The reduction in gas supply due to sanctions on Russia has exposed the delicate balance of supply and demand, and the fragility of the global fossil-based energy system.

For more than a decade, specialists have known the long-term solution to reduce electricity prices and cost volatility: a large-scale shift to renewable sources of energy.

This would shield us from short-term supply and demand shocks because the cost of renewables-produced wholesale energy is fixed at construction, with no variable costs such as fuel.

Read more: Why did gas prices go from $10 a gigajoule to $800 a gigajoule? An expert on the energy crisis engulfing Australia

Shifting to renewables would also make electricity cheaper than coal and gas in countries with major wind and sun advantages, such as Australia and Indonesia. And it would decouple electricity production from strongly geographically concentrated sources of fossil fuels such as in the middle east.

But realistically, in the next two years or so the Victorian and Australian governments can only manage energy prices by curbing the worst excesses of an unfettered free market operation in natural gas and retail electricity.

We are still working with precisely the same market frameworks as when deregulation started in 1998. Victoria, and the other states, need to accept that this framework has failed to produce benefits to consumers, particularly for households.

For example, in the decade to June 2013, electricity prices for Australian households increased by an average of 72% in real terms.

We must go back to the drawing board to determine what the energy market should look like. In the meantime, Australian states and territories must consider reimposing price caps on energy retailers.

An immediate relief measure would be to delink Australia’s natural gas market from global markets for a limited period.

The only sure way to do this is by implementing a domestic gas reservation policy, which entails reserving a portion of Australian gas for domestic use, rather than exporting it. This must be nationally coordinated, as we have a strongly interconnected national gas market.

Western Australia uses its own isolated energy system and put a gas reservation policy in place years ago, which seeks to make the equivalent of 15% of gas exports available for people in WA. This policy has helped mitigate price shocks.

Since winning the election, Victorian Premier Daniel Andrews has continued to urge the federal government to impose such a policy Australia wide. Prime Minister Anthony Albanese should heed these calls.

Our energy futures are intrinsically intertwined with addressing climate change.

The world has only eight years left for global warming to be limited to 1.5℃. This means accelerating the switch to renewable energy without any further delays.

Our first step must be to make all electricity renewable by 2035 in Victoria (and, indeed, in the rest of Australia).

Second, we need a transition to electric vehicles across all transport systems as fast as possible and well before 2040. The Andrews government is investing $100 million to decarbonize the state’s road transport sector, but the transition won’t be complete until 2050.

They require significant government support to progress clean fuels, likely based on the renewable hydrogen to ammonia pathway. Victoria has a range of hydrogen and ammonia related industry development policies that show the government recognizes this sector’s importance.

Ultimately, the incoming Victorian government’s promises address the first issue well, while making some headway on the second and third. 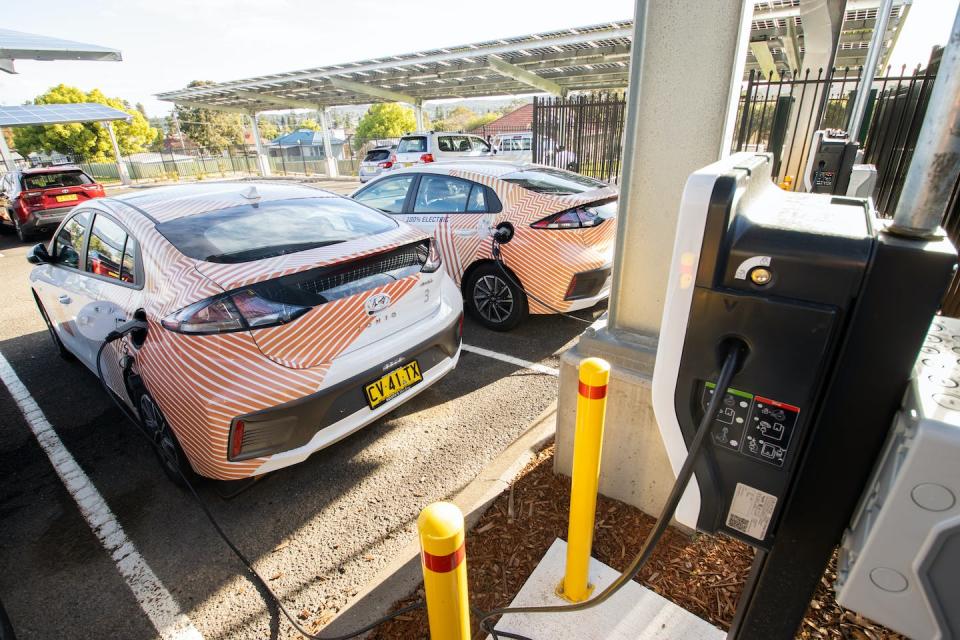 The Victorian government must be brave

We can’t rely on the rest of the world for innovation. Governments in Australia must play a more prominent role in infrastructure investment, technology research and development, energy industry development and significant market reform.

Tackling all these challenges isn’t really a job for a single state, particularly given Australia has one major east coast electricity grid and one national energy framework.

The Victorian government cannot achieve any significant changes without working closely with other states and the federal government. In this, state governments must be brave and go against the past three decades of hands-off government approaches to essential energy infrastructure.

This isn’t a time for leaving things to the market to resolve. The Victorian government must take immediate and giant leaps to ensure a stable and climate-friendly energy sector.

Read more: 3 key measures in the suite of new reforms to deal with Australia’s energy crisis

This article is republished from The Conversation is the world’s leading publisher of research-based news and analysis. A unique collaboration between academics and journalists. It was written by: Ariel Liebman, Monash University.