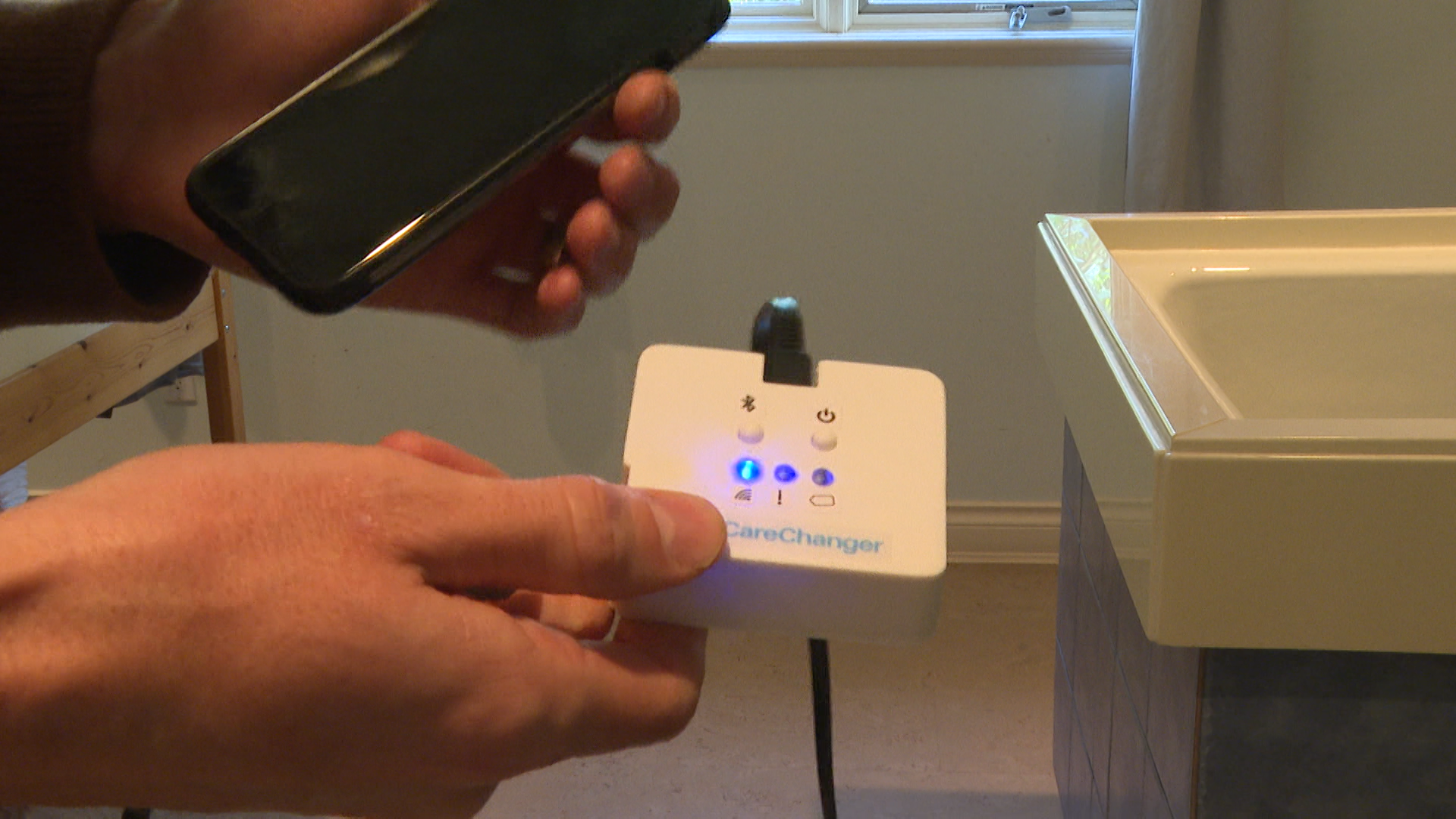 Knowing the importance of not having someone sit in a dirty diaper to avoid infection, a Victoria-area father set out to develop a device to better notify him of when his daughter needs changing.

Jim McDermott has worked in the engineering field for 27 years, both for the Department of National Defense and Royal Roads University and says of all the projects he’s worked on, the most important one was figuring out a way to help his daughter.

Mariel McDermott is a 27-year-old quadriplegic and lives with cerebral palsy, using a wheelchair to get around. Her father knows that one of the realities of being a caregiver is frequently changing diapers to prevent any bacterial infections. However, caregivers sometimes operate on a schedule and McDermott was able to solve that problem five years ago.

“I bought an off-the-shelf temperature, humidity sensor to see if I couldn’t manage better care for my daughter—it worked terrific—but it wasn’t scalable,” said Jim.

The device was able to detect temperature and humidity, alerting Jim when he needed to change his daughter’s diaper. It was then he wanted to expand the device for others to be used. He soon partnered with the University of Victoria’s Biomedical and Engineering Design Team (BMED) to create a prototype of the product that could be used more widely.

“For me, to get to continue that work and basically partner with Jim to develop CareChanger in a professional capacity after being a student and working on it, was so exciting,” said Brent Godau, UVic BMED Student.

CareChanger expands on what Jim’s first version achieved but also tracks moisture levels. The device is placed underneath the seat of a wheelchair and is linked via Bluetooth to a smartphone. When a person soils themselves—also known as a “void event”—a notification is sent to the caregiver’s device immediately through the CareChanger app.

The app can also track how long it takes for a caregiver to change a person’s diaper, providing more accountability on caregivers.

“It can help caregivers basically manage their care so that they’re responding quickly,” said Godau.

Some organizations have already begun to use the device, including Victoria-based Wellsping Support which provide services for people with diverse abilities.

“The CareChanger system has greatly reduced physical strain on my staff by eliminating the need to have personal care performed on a ‘timed’ system.” said Shawna DeCosta, director of operations for Wellness Support.

Jim wants to take CareChanger to the next level. He’s partnered with 4M BioTech to design and manufacture a commercially available version of the product for the public. He hopes to have it ready by the fall.