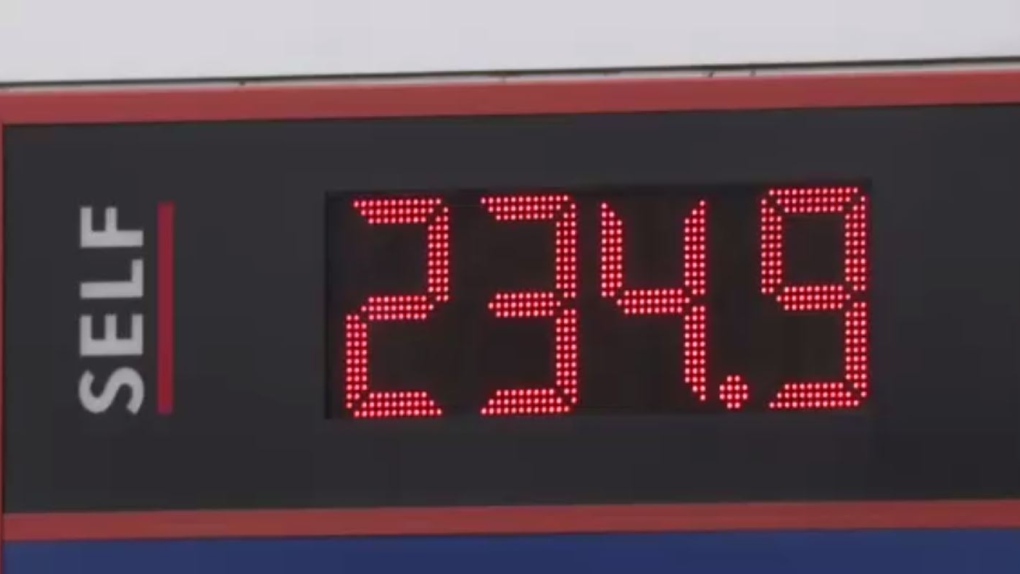 The all-time high was recorded at a Petro-Canada station in Colwood, BC, while the average price in the region remained around 221.9 cents for a liter of regular fuel.

Gas prices trended upward across much of Canada over the weekend and experts warn more increases are coming this week.

National average gas prices rose to about $2.06 on Sunday, up almost three cents from the day before and 11 cents higher compared with a week ago, according to the Canadian Automobile Association.

Gas prices have risen rapidly over the last year as a tight global supply has been worsened by the Russian invasion of Ukraine. Prices have also been pushed higher by strong demand as the economy reopens and a busy travel season gets underway.

“Prices are continuing to move up, reflecting summertime demand,” McTeague said. “The demand for fuel continues to be very robust.”

The previous record fuel price on Vancouver Island was 232.9 cents per liter, set on May 16.

In a statement, CAA offered Canadians tips to improve the fuel economy of any car.

The organization said motorists should drive conservatively and avoid “jack rabbit” starts, rapid acceleration and hard braking, which can lower fuel economy by 15 to 30 per cent at highway speeds and 10 to 40 per cent in stop-and-go traffic.

With files from The Canadian Press