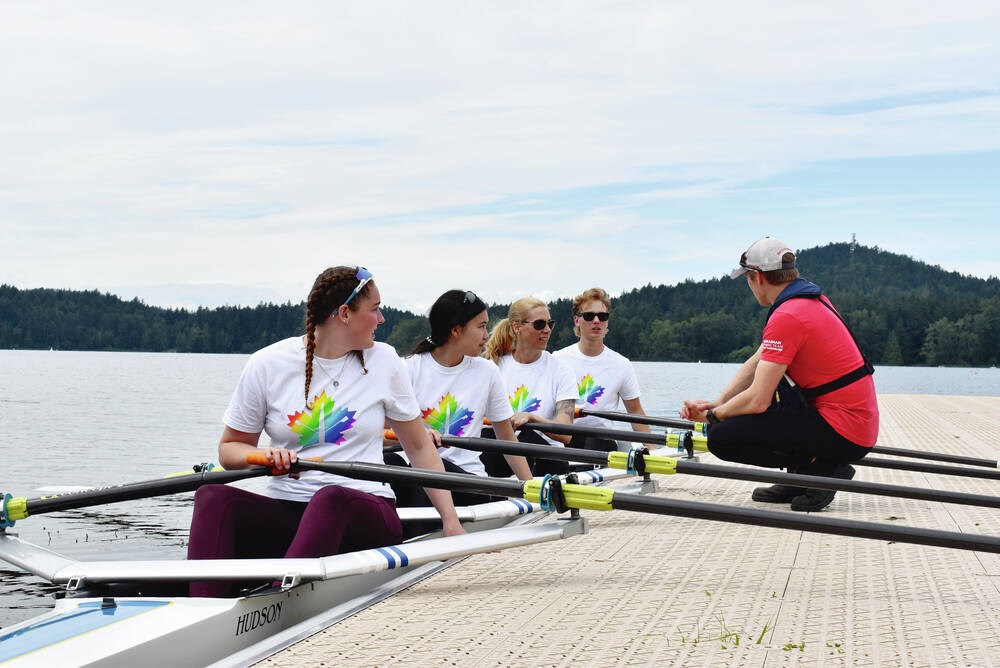 The irony of the Canadian abuse crisis in sports is that it comes at a time when the nation has never been stronger or more prominent as a world sporting power.

The irony of the Canadian abuse crisis in sports is that it comes at a time when the nation has never been stronger or more prominent as a world sporting power.

Federal sports minister Pascale St-Onge addressed the situation Tuesday, in an interview with the Times Colonist, while making a series of funding announcements in Victoria, which is home to several national teams.

Allegations ranging from sexual to emotional abuse have roiled Canadian sports from hockey, skiing and bobsled to gymnastics rowing and rugby. St-Onge announced a number of measures last month in response, as national sport organizations will have to satisfy a number of safe-sport criteria in order to receive federal funding. The new standards are currently being developed by Sport Canada and will come into effect next April.

St-Onge stressed it will be an “independent mechanism.”

The former swimmer and volleyball player added: “As an ex-athlete, I know how sport can change someone’s life for the positive, the better. So when I hear about those stories I find it very hurtful that people have a negative experience with sports because it should be the opposite. It’s a pretty deep problem. We as a sport community are realizing the importance and urgency to move forward and change this culture. One of the first steps is breaking the culture of silence. All the athletes coming forward is very positive. We need to acknowledge the problem and fix it.”

It starts with education, said St-Onge.

“There needs to be more education throughout the sports system and it starts at the local and community level about what are good coaching practices and what is crossing a line,” she said.

“My job as minister is to find the right balance between performance and making sure our elite athletes have all the tools they need to perform their best. At the same time making sure that it’s well balanced with their well-being, health and self-preservation and making sure the system works for them.”

“One of the keys to that is having the athletes’ voices amplified and to assure they have safe spaces to turn to when they are facing difficult situations,” she said.

“I know the athletes’ mentality. They want to win and perform. We have to make sure they have all the tools to perform and represent us on the world stage. our [national] teams have done so well in the past Olympic Games and I’m sure that happy and healthy athletes are going to do just as well.”

“It’s a difficult thing to say where the lines are drawn and every situation can be unique,” said Wereley.

“When you’re not the person in that situation you can’t judge it from the outside. So it’s incredibly important to have a feedback system in sport. It’s encouraging to see people speaking up and that change is on the horizon. Aside from results and success, there’s clearly been something going on underneath all of that. I am hoping we are on a trajectory for positive change.”

Meanwhile, St-Onge toured PISE in the morning and was at Elk Lake in the afternoon, where she turned to Wereley and said: “It was such a great moment to watch you win [Olympic gold in Tokyo].”

But the elite end of sport doesn’t happen without a grassroots and St-Onge was in Victoria to announce $885,000 in 2022-23 funding for Rowing Canada to allow access to the sport for under-represented groups that may otherwise not be able to row . It is part of the Community Sport for All initiative

Also announced by St-Onge was $500,000 in funding to help with the move of the national team rowing center from Elk Lake to Quamichan Lake in North Cowichan.

“We’re working on the new installation and there are so many moving parts and we can certainly use the money,” said North Cowichan Mayor Al Siebring.

“We were up against a whole lot of other communities but we lobbied and got the national training centre. The whole Cowichan Valley was cheering that [women’s eight] gold medal. Mentally, they are becoming our team and becoming part of the culture of the community.”