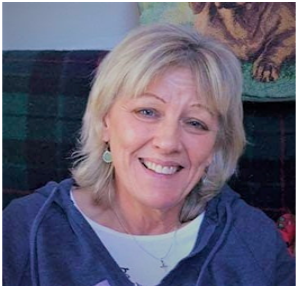 Born in Rockland, Maine, August 19, 1964, she was the daughter of Annette H. Porter (Linscott) and William B. Porter, Jr.

Victoria attended schools in Camden and Rockland. She was very proud to have earned her GED. She later earned her Associates Degree in Accounting at Thomaston Academy while working full-time and raising her two children.

During her marriage of 32 years to Sulo Rytky, Jr., working hard and raising their children was her main priority.

She devoted more than 10 years of her life as a loving, patient caretaker of many other young children at her daycare which she ran out of her home. She then went on to work in the finance industry at MBNA/Bank of America for 14 years.

An animal lover, she had a special place in her heart for dogs and had many throughout her life. Most recently her three dachshunds Wasses, Bailey and Jake were her babies. She would take great comfort in knowing that her surviving dog, Jake, is lovingly being cared for by her mother, Annette, as Victoria had requested anything should happen to her.

She loved music, enjoyed gardening and shopping. The doors to her home were always open to her family and friends for countless gatherings and cookouts which would create memories that would last forever. She was the hostess of her family.

Victoria cherished her only Holy Bible, which she received as a young girl from her paternal grandmother, Ruth Porter, while attending the Chestnut Baptist Church. Her bible and prayer helped her during difficult trials in her life, especially in the end.

In the later years of her life, she dedicated her time to serving others, just as Jesus served her. She often attended church, community events, volunteered at the Rockland Lobster Festival, attended fundraisers for education, helping many people in a variety of ways.

AA (Alcoholics Anonymous) Group was an important part of her life and she took great pride in attending meetings. She actively enjoyed helping at meetings, making coffee for all and she would openly talk about and share her journey and feelings with her sister Kimberley who attends AA as well. She would welcome newcomers with open arms and a kind smile offering transportation and support to anyone in need.

Victoria was predeceased by her maternal and paternal grandparents and her father, William B. Porter, Jr.

Survivors include her loving children, Cassandra L. Mitchell and her husband Craig of Rockport, Eric EP Rytky and his wife Yuriana Rytky of Anaheim, California; her most precious grandchildren, Mackenzie, Landon, Marshall and Joshua; her loving mother, Annette Porter of Rockland; her brothers, William Porter, III and his companion Maureen Turner of Manchester, New Hampshire, Christopher Porter and his wife Rhianna Porter of Rockland; sisters, Cheryl Howard and her companion Darryl Haskell of Rockland, Kimberley Gagnon of Manchester, New Hampshire; as well as many loving nieces, nephews, aunts, uncles and cousins.

A Celebration of Victoria’s life will be held Friday, April 22, 2022, at 2 pm, at Burpee, Carpenter & Hutchins Funeral Home, 110 Limerock St. Rockland. Following the service, a reception will be held from 3 to 5 pm at the Winslow Holbrook Merritt American Legion Post No. 1, 335 Limerock Street, Rockland, ME 04841.

To share a story or memory with Victoria’s family please visit her Book of Memories at www.bchfh.com