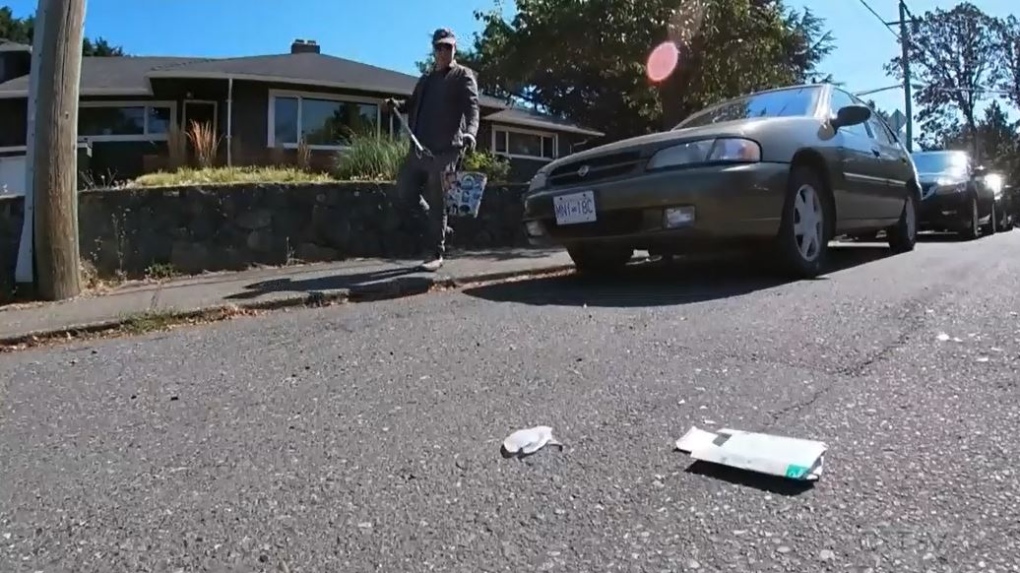 Before David started spending his lunch hours walking up and down the streets of a neighborhood he doesn’t live in, he was stuck at home during the pandemic.

“I felt really unhealthy and I’m like, what changed?” David recalls. “I realized I wasn’t walking as much.”

So he got out to get some exercise while waiting to return to work as a librarian.

“I enjoy connecting people to the information they need,” David says.

But then he started noticing how people were disconnecting with material they no longer needed during his walks.

“And I thought I can grab a bucket and some gloves and start picking up litter,” David says. “I enjoy it.”

It proved to be so satisfying to remove the things that didn’t belong that David challenged himself to pick up litter on every single street in his neighborhood.

“It feels like you’re making a difference,” he smiles.

David spent up to two hours a day charting his progress on colour-coded maps and keeping a running total of the rubbish he wrangled.

After removing every piece of litter he could find in his community, David moved on to do the same in the neighborhood next to his.

“It doesn’t take much to pick up trash around you,” David says. “And the impact is huge.”

Thanks to the daily trash picture he posts on social media, David has connected with and inspired garbage-grabbers around the world, from Australia to the UK

“You think you can’t make a difference,” David says. “But you absolutely can.”

Like one less piece of garbage on the ground can make a neighborhood nicer, one more person caring for their community makes the world better.