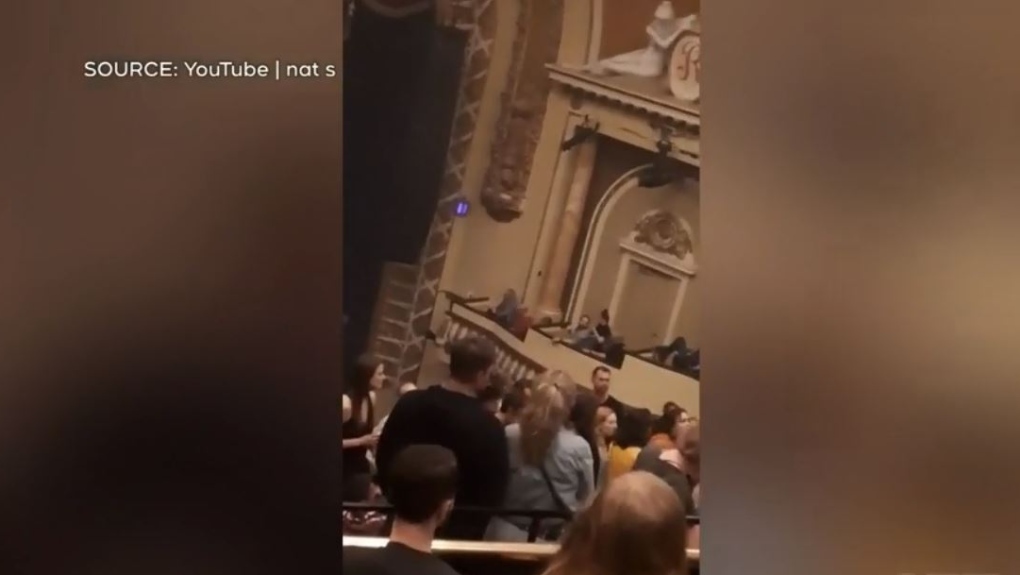 A video posted online shows a fight breaking out at an indie rock concert at Victoria’s Royal Theater over the weekend.

The altercation occurred on Saturday evening at a Mother Mother show.

The roughly two-minute clip shows two men fighting in the upper balcony of the theatre, with their shirts seemingly ripped off during the scrap.

One man was eventually escorted out of the theatre.

“It was an unfortunate situation that occurred at Saturday’s Mother Mother concert,” said Ainslee Jessiman, programming and communications associate for the Royal and McPherson Theater Society.

“The health and safety of our audiences, performers, and staff are our top priority and the theaters have zero-tolerance for violence.”

“Our staff and contracted security acted promptly and professionally to address the situation,” said Jessiman.

Victoria police say a man was arrested just after 10pm in the area.

Police say the man was “very intoxicated” and was aggressive with officers as they were trying to arrest him, prompting VicPD officers to use pepper spray.

The man was then taken to the hospital to be decontaminated from the pepper spray, before he was brought to VicPD cells.

The 34-year-old man was arrested for assault and mischief, and also allegedly damaged a building window, according to Victoria police.

He’s since been released from custody as the investigation continues, police say.

Greta Thunberg says no time for Victoria go to, however many nonetheless hopeful