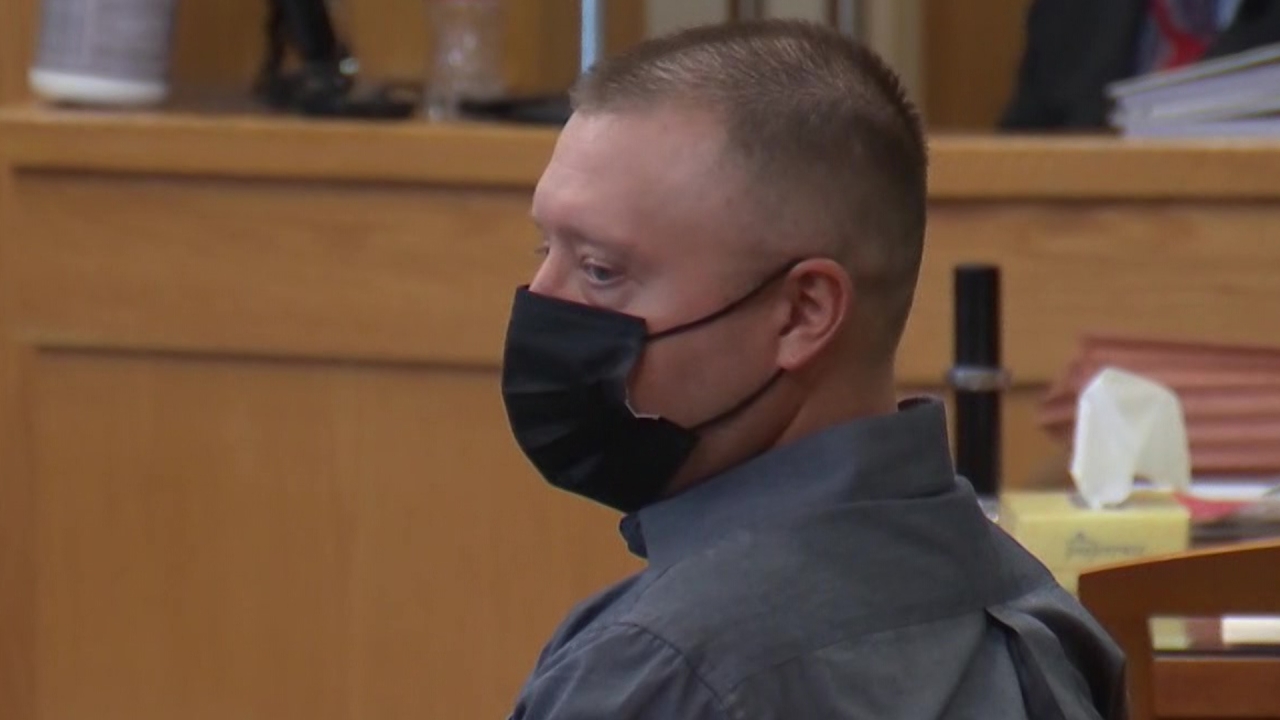 ALBUQUERQUE, NM (KRQE) – Fabian Gonzales’ fate in the trial of the 2016 killing of Victoria Martens now rests in the hands of a jury. Following testimony from Victoria Martens’ mother, prosecutors and defense attorneys wrapped their arguments in the case Friday.

Following four hours of closing arguments to the jury, Judge Cindy Leos dismissed jurors for the weekend. The judge has asked jurors to return to the court Monday, August 1, when they will begin deliberating the verdict in the case.

Prosecutors argue that Gonzales put Victoria in a dangerous situation that eventually lead to her death. Gonzales is also accused of creating a plan, then helping his cousin, Jessica Kelley, dismember Victoria and clean the crime scene in an attempt to conceal the 10-year old girl’s death. Meanwhile, the defense argues that Kelley is solely responsible for Victoria’s murder and dismemberment.

Prosecutors began closing arguments by arguing that Fabian Gonzales is the reason for Victoria Martens death. Through nearly two hours of discussing the case, prosecutors reminded jurors several times of the theory that Gonzales took over Michelle Martens life.

“The defendant set the stage for [Victoria’s] death to occur and he turned her home into a dangerous place,” said prosecutor Greer Staley. “The reason anyone was in a position to kill Victoria was because of this defendant.”

The abuse charge Gonzales is facing is based in part on the environment Gonzales created when he moved into Michelle Martens apartment. Gonzales and Martens only dated for a month before Victoria’s death. He had moved into the Martens apartment relatively shortly after they began dating in July/August of 2016.

“Before the defendant came into [Victoria’s] life, her situation was pretty normal,” Staley said. “We had emergency contacts on the fridge, some drawings, little things that were brought with her name on it, mother’s name, we have collages in the apartment her mother put together, food in the fridge, appropriate, a nice apartment, very clean .”

“Her world was changing, as soon as he set foot in her apartment,” Staley said. “The defendant came over and took over [Michelle’s] car, her apartment, you heard witnesses talk about the increase in foot traffic throughout the day when Michelle was at work.”

On the day Victoria was killed, Michelle Martens was running around town with Fabian Gonzales, according to prosecutors, making multiple trips to his brother and uncle’s houses. Prosecutors allege Fabian was getting drugs during those outings.

Meanwhile, at 4pm on the day of Victoria’s death, no one pick the girl up from the bus stop. A neighbor eventually brought Victoria home. She remained almost solely the care of Jessica Kelley through the time of her death as Fabian and Michelle continued to make multiple trips to and from the apartment.

Prosecutors allege that after Fabian got into an altercation at a BBQ party two days before Victoria’s death, he sought to retaliate against a cousin who gave him a black eye. Presenting evidence of text messages sent by Fabian to the cousin he fought with, prosecutors say it was a serious situation.

When Victoria was killed, prosecutors say an unknown man came into the Martens apartment, asked for “Fabo,” then walked to Victoria’s room, strangling the girl to death. Jessica Kelley, who was high on meth, was the only other adult in the home when it happened.

“Your job here today is to determine if she defendant set this whole thing in motion,” Staley said, “If he created this transformation of Victoria’s world into this place where something terrible is gong to happen, and it was obvious something was going to happen.”

“What did Fabian do that was going to lead to her death,” defense attorney Stephen Aarons asked the jury Friday. “Nothing.”

With Gonzales not physically present in the courtroom due to a positive COVID-19 test, his defense team made a final push for jurors to acquit the defendant. Initially charged in 2016, Gonzales is the last known defendant in the case after Michelle Martens and Jessica Kelley reached plea deals.

Lead defense attorney Stephen Aarons started by reminding jurors not to get caught up in the emotion tied to the nature of what happened to Victoria. Aarons said emotion can sometimes overwhelm common sense, something he says has lead to wrongful convictions in his lifetime.

“A lot of people said, ‘well, now that we have DNA, now that we have all of this technology, it’s not going to happen again,’ Aarons said. “Well, that’s not true, because here we are in this case where we’ve demonized the defendant but he’s still being charged, not with murder anymore, because he couldn’t have been, but for having caused the murder.”

While prosecutors argue that there’s a lack of DNA evidence due to crime scene clean-up, the defense say the evidence points to Jessica Kelley. They also argue that there is no conclusive proof that Gonzales participated in the dismembering of Victoria.

“It was an unfinished job,” said Aarons, speaking of the crime scene cleanup. “They say this was a pristine and highly organized [crime]– no, this was a meth head [Kelley] who wasn’t able to do any, complete anything that night.”

Aarons argued that Michelle and Fabian didn’t know Victoria was killed or dismembered. Aarons also pointed to the fact the Gonzales ran for help, asking a neighbor to call 911 after Kelley is said to have attacked Fabian and Michelle around 4 am in the morning after Victoria was killed.

“Fabian’s not an innocent man, and he’s not as bold as a lion, but he was pounding on doors trying to get help for both Michelle and Victoria, as he knew at the time.” Aarons said. “He didn’t run away [from the crime scene]and that’s what he would have done if he had known.”

Aarons also highlighted the prosecution’s theory of the “unknown man,” as “convenient. He says the story allows for Jessica Kelley to push blame away from her own actions, while also roping Fabian into a crime he had nothing to do with.

“The unknown man is awfully convenient, it explains everything Jessica did,” Aarons said. “I remember asking her, ‘why did you set the body on fire?’ [She said] ‘well that’s so the unknown man knew that I did what he told him to.’

Aarons further explained the unknown man as an excuse that Kelley used as to why she didn’t call for help. He said it was also creative for the prosecution. “Without this unknown man, it’s hard to say Fabian’s at fault.”

In some of the most anticipated testimony of trial, Gonzales’ defense called Michelle Martens to the stand Friday. Martens spent roughly 90 minutes answering questions, recounting the days leading up to Victoria’s murder, her relationship with Fabian Gonzales, and what happened in the early morning hours before police responded to the crime scene.

Martens told jurors of the early morning hours of August 24, 2016, the day she found out Victoria was killed. She described waking up from sleeping around 4 am, finding Jessica Kelley standing at her bedside, asking her if she believed in Jesus. Martens says Kelley then struck her in the face with an iron.

As the fight progressed, Michelle described running from Jessica Kelley and locking herself in Victoria’s room. She told jurors she couldn’t find her daughter, so she opened the door to confront Jessica Kelley.

“I opened the door and I asked Jessica, I said, ‘where the **** is my daughter?’ I told her, exact words,” Martens said. “And she still didn’t answer me, she started beating me up again, she started pulling my hair, she started picking me up, kicking me, and as she’s doing that, I’m making my way out of the apartment.”

Martens described a picture frame near the front door that Kelley used to hit her with. She said she eventually made her way out of the door while squashing Kelley’s hand out of the door. That’s when Michelle says she was told about what happened to Victoria.

“She said, ‘by the way, your daughter is dead,'” Martens said, recalling Kelley’s comments to her. Martens said she didn’t initially believe Kelley’s words. After she left the apartment, Martens admitted she never went back to check on Victoria.

Birmingham Marathon 2022: All of the motion from Victoria Sq.