Victoria may be wanting lodge rooms when demand returns 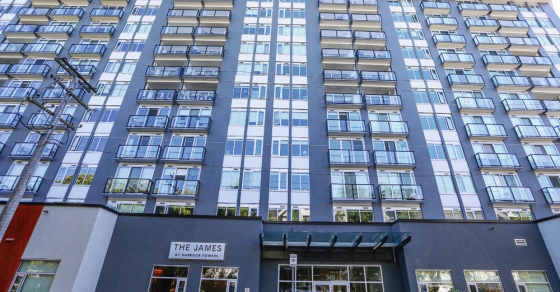 Victoria’s tourism industry may be poised for a rebound, but it may not be ready to welcome all segments of the traveling public back.

With many hotels being converted into senior residences or condominiums over the past decade and hotels being sold to accommodate the homeless, there are far fewer hotel rooms in the area to handle any kind of onslaught.

Hospitality consultant Frank Bourree said the area is also lacking a number of non-hotel options as many short-term vacation properties were taken off the market and converted into long-term rentals or sold as revenue dried up during the pandemic.

“Victoria will have to struggle,” said Bourree when asked if the region was ready to respond to the pent-up demand. “The last time we counted, we lost 22 hotels in the last 10-12 years.”

In some cases, like the Harbor Towers and Queen Victoria Hotels, they have been converted into condominiums and apartments, while the Crystal Court Motel has been demolished and converted into a senior residence.

Bourree estimates this will result in up to 1,800 hotel rooms, most of them in the mid-to-low end of the market.

He said this could work in Victoria’s favor as it means the city’s hotel mix is ​​now tailored for a more productive traveler who he believes will be the first to travel when travel restrictions are lifted.

“It’s a perfect segment for us,” he said, noting that we can no longer serve the lower end of the market, such as traveling high school teams. “We just don’t have the rooms.”

“I wouldn’t say we are in trouble,” he said, pointing out that three hotel development applications – Broad Street, Wharf Street and Blanshard Street – are being considered in front of the City of Victoria and another for Government Street.

Nursey said he heard about others being considered and it might be time to get them all established before the hospitality industry fully recovers.

“Hopefully the various city councils will have the wisdom to approve some of these projects as investors and developers are looking at the hotel segment again, which is exciting,” he said.

Nursey said the city is in demand and needs a mix of hotels to suit all tastes and economies.

He said the city will never be a Kamloops proud to cater to amateur sports teams and tournaments that tend to use medium-sized accommodations, but instead need to cater for a wide mix.

“We’re an integrated mix of business, convention, leisure and sports travel,” he said, noting that sports tourism in Victoria tends to be centered around international and domestic events.

Keith Wells, executive director of the Greater Victoria Sports Tourism Commission, said the city already has a good mix. “We’re well prepared,” he said, pointing out that the Pacific Cup’s classic car hockey tournament manages to distribute hundreds of players across the region every year. His group is preparing to host 4,000 people for the BC Seniors Games this fall. “We’re doing pretty well considering we’re a relatively small town.”

Wells said with plans for more hotels, sports tourism could plan with confidence, including preparing an application for the Invictus Games. This event would tax all hotels in the area and attract athletes, dignitaries and families from around the world.

Victoria’s listing of COVID-19 publicity websites is rising as a hospital, added Bunnings in west Melbourne