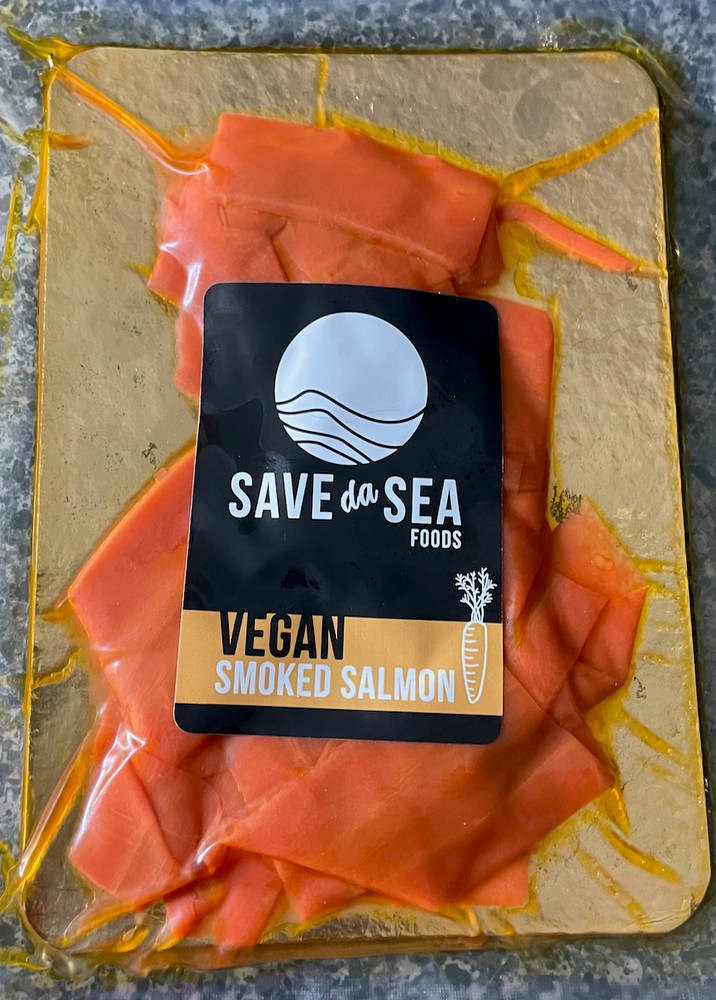 A vegan Victoria food company has jumped on the increased popularity of plant-based proteins and is starting to take a small bite out of the smoked salmon market.

A vegan Victoria food company has jumped on the increased popularity of plant-based proteins and is starting to take a small bite out of the smoked salmon market.

Save da Sea, founded by Victoria resident Aki Kaltenbach in 2020, has developed a smoked salmon alternative using carrots as its base.

Kaltenbach said she is driven by her own veganism, concern for animal welfare and a growing concern for the environmental impact of agriculture and aquaculture. Despite only launching its product a year ago, the demand has driven expansion to the point it is now available in 75 retailers around Western Canada, several restaurants and they are in talks to send product to Quebec and Ontario.

“The reaction has been incredible, and I won’t lie, our timing has been really good,” she said, noting when fast food outlets like Burger King and A&W offer plant-based burgers and mainstream grocers stock plant-based alternatives, they are no longer a fringe player.

“It’s more well known now and there’s so much activity around plant-based meats, it seems another company pops up every other day,” she said.

“They see the opportunity.”

The Good Food Institute, a US-based advocate for alternative protein, estimates the market for plant-based food in the US has grown 27 percent over the past year to $7 billion in sales annually. While the largest part of that market is plant-based milk, which is worth about $2.5 billion annually, seafood is only a tiny fraction — it’s estimated at $12 million a year.

Kaltenbach said there is a lot of room for growth, noting plant-based foods still only represent one per cent of the entire meat market.

“It’s mainstream now, but seafood is only one per cent of all plant-based meat dollar sales,” she said. “That’s how early plant-based seafood is.”

It might get a boost with news that a number of BC restaurants have pulled wild salmon from their menus due to dwindling salmon stocks. Kaltenbach said she is working to provide alternatives.

Carrot-based smoked salmon was first, and they are working on creating an alternative to canned tuna, which she hopes will be available in restaurants this fall.

“What’s not being talked about is there are other options, instead of going to other fish, why not reduce our intake of seafood in general,” she said, noting if everyone cut it by 10 or 20 per cent that would have a massive ripple effect.

She said this kind of business was born and bred on the West Coast — production is done in Vancouver, while headquarters are in Victoria — because the region is in tune with the plight of the salmon stocks.

“It’s something close to British Columbian hearts, this species is under threat.”