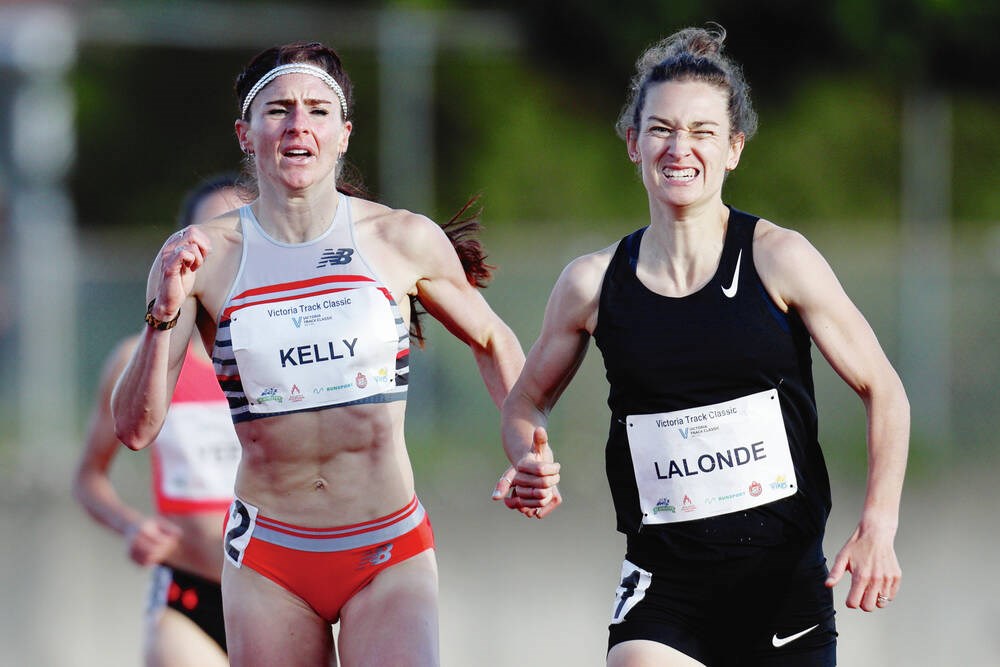 Athletics Canada, hoping to build off its spectacular six-medal success from last year in the Tokyo Olympics, has announced a World Athletics-sanctioned 10-meet National Track and Field Tour this year with a combined purse of $400,000.

Athletics Canada, hoping to build off its spectacular six-medal success from last year in the Tokyo Olympics, has announced a World Athletics-sanctioned 10-meet National Track and Field Tour this year with a combined purse of $400,000. The Victoria Track Classic on June 16 at Centennial Stadium will be part of it, with the official launch announcement made Wednesday at the Strathcona Hotel.

“We have a reputation and tradition of putting on good meets in the past, and we got selected,” said Victoria meet director Keith Butler.

What makes this year so compelling for the sport in North America, especially on the western portion of the continent, is that the 2022 world championships are taking place at historic Hayward Field in Eugene, Oregon, from July 15 to 24.

For some of the athletes doing the double, along with the 2022 Birmingham Commonwealth Games from July 28 to Aug. 8, it will be a busy summer.

“Our meet will be near the end of the [qualifying] window, so competitors will be wanting to race our meet.”

The tour is good news for Canadian track and field athletes.

“Being able to stay in the country takes away a lot of the stress of travelling, and generally the more relaxed I am, the better I perform,” Tokyo Olympics steeplechaser Regan Yee of Hazelton said in a statement.

“There’s a whole other level of support when I compete in Canada and it really makes a difference. Having Canada included in the World Athletics [sanctioned] Tour means that my races would also be worth more in the ranking system, which could be extremely important for future team qualifications.”

The world championships are in North America for the first time since 2001 at Commonwealth Stadium in Edmonton.

“That really raises the profile for our sport here,” said Butler.

The other BC events in the 10-meet 2022 National Track and Field Tour are the Harry Jerome Classic on June 14 at Swangard Stadium in Burnaby, the Kamloops Throws Festival on June 18 and the Canadian championships June 22-26 at McLeod Stadium in Langley.

No fans were allowed for last year’s Victoria Track Classic due to the pandemic but the event served a vital purpose.

“Those were important points collected for Tokyo Olympic qualifying for those we ran the meet for,” said Butler.

“We will be back to our old atmosphere this year with fans back in the stands.”

The empty stands in the National Stadium in Tokyo did not affect the Canadians last summer in the Olympics with six medals in track and field to match the six won by Canada in swimming. Canada also won six medals each in both sports at the 2016 Rio Olympics.

“Compare the number of nations to win Olympic swimming medals, 40 since 2000, to the 100 nations that have won Olympic medals in track and field,” Butler noted.

“It is tougher to win a medal in track and field. To do what Canada did last year was amazing.”

Tickets are $15 adult, $10 students and seniors with Under-13s free and are available at runsport.ca/trackclassic.