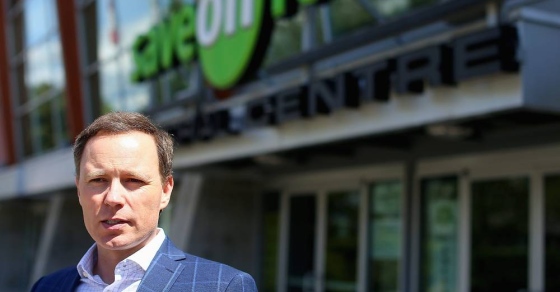 You may need to learn how to shave before learning how to perform a breakout pattern.

The Victoria Royals will have a remarkable total of 12 players, ages 16 or 17, six of the former and six of the latter for the Western Hockey League BC Division’s season which opens on March 26 against the Rockets in Kelowna.

Several of the WHL teams are taking advantage of the pandemic-shortened 24-game season to look ahead to their future. Playing the BC Division without fans in Kelowna and Kamloops with no further playoffs to follow is a wise use of the campaign. There’s no WHL championship or Memorial Cup to shoot at, so it kind of counts, but it doesn’t count. Sure, it would be nice to be division champions, but what else will there be in the end besides being the answer to a quiz question? However, this season is a useful tool in gaining future experience for the teams who approach it as such.

“I see it both ways,” said Royals GM and head coach Dan Price.

“It’s about attracting young players and giving them the opportunity to help win this championship. You will gain great experience straight away. It’s going to be a full sprint. The game density is 24 games in 48 days. You can count on the young players to play important minutes. “

“I did my homework on them through video and scouting reports,” Price said.

“And we’ll learn more about them over time. I am impressed by the work our development staff is doing with this young group, which is competent, intelligent and extremely competitive. “