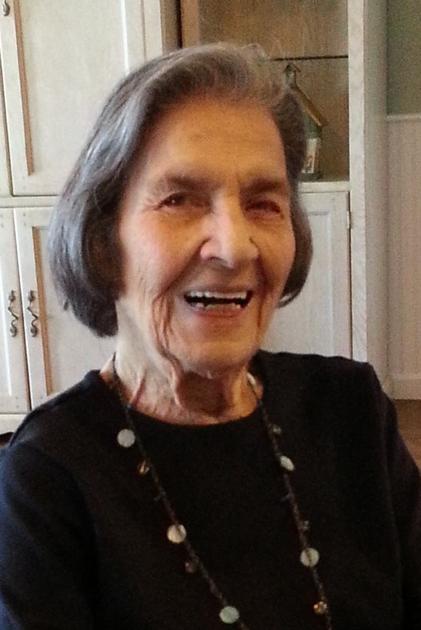 Victoria (Joseph) Tromara, 93, died peacefully on October 19, 2021 after a long illness with her family by her side at Traditions of Dedham.

Victoria preceded her two sisters Margaret J. Sthika and Tefta C. Boria and her ex-husband Albert Tromara in death. She leaves behind her four children: Dr. Christopher Tromara and his wife Jamie (Unis) of Colorado Springs, Colorado; Stephen A. Tromara and his wife Young (Choi) from Foxboro; Suzanne Tromara and her husband Eric C. Grant from South Deerfield and Melinda Coppola and her husband Nick from Norwood. She also leaves four beloved grandchildren; her brother John R. Joseph and his wife Barbara (Sotir); and many nieces and nephews connected by love and our Albanian heritage.

Born in Brockton as the daughter of the Albanian immigrants Christo and Alexandra (Christo) Joseph, Victoria grew up speaking English and Albanian. She enjoyed navigating her hometown neighborhoods independently, won sixth grade in the spelling bee, taught Sunday school in the Baptist Church, and helped her parents’ pub and restaurant with Warren Lunch.

The first in her family to attend college, Victoria earned an associate degree in secretarial science from Boston University in 1948, where she worked as a secretary before taking on a secretarial position at Chatham Manufacturing in Boston. In 1952 she married Albert Tromara of Roxbury. They moved to an old house in Canton, where they took in geese, goats, an old horse and various cats and dogs. There they raised four children – the first just a few weeks after she left work and the last at a time when the hospital was finally able to place babies with their mother after they were born.

Victoria discovered yoga, a study and a practice at the age of 35 in the early 1960s that profoundly enriched her life. She studied and taught yoga part-time in various locations in eastern Massachusetts for the next 50 years. She befriended others who shared her love for wisdom teachings, many of whom also became yoga teachers and lifelong companions.

The family moved to Foxboro in 1969 and built a modern house and pond on beautiful land with a river flowing through it. As her children became more independent, Victoria sought a volunteer position at Foxboro State Hospital and then worked as an occupational therapy assistant at Brockton Multi-Service Center. Based on her skills and experience, she was granted the status of a state-certified social worker at the time. She continued her studies as a major in Psychology at the University of Rhode Island and then earned an M.Ed. in self-study at Lesley College. Her next assignment was to serve as the coordinator of the Elderhostel Program at Stonehill College in a variety of leadership roles.

Victoria then served as Executive Secretary for many years, initially as assistant to the EVP of Finance at Cullinet Software and eventually to various executives at Fidelity Investments, including the Chairman and CEO, while continuing her yoga teaching. She brought her graceful competency and foundation in the field of behavioral health and healing to the workplace and modeled the yogic principles of serenity and presence that made her particularly desirable as an executive assistant. Until the mid-1980s she enjoyed working and using her skills, energy and enthusiasm to inspire family, friends and those she worked for. As an avid traveler, Victoria has traveled to several European countries, including Albania, as well as China, Canada and many parts of the United States

She enjoyed the uniqueness of each of her children, whom she affectionately called Vee, and her four wonderful grandchildren, Matthew, Emily, Kaitlin, and Michael. When Emily was diagnosed with autism at a very young age, Vee became a strong advocate and supporter.

Victoria has been inspirational to many – extremely independent and deeply philosophical, and an avid lifelong learner. Often times, family, friends, work colleagues, students, those she had met on her travels, and those she knew at the end of their lives commented on how deeply their wisdom had touched them. For many years it was not uncommon for her to send photocopied articles or website addresses to friends and family about health, longevity, current events, and ancient wisdom. At her request, Victoria’s body was donated to UMass Medical School through their anatomical gift program.

The Tromara family would like to thank the staff at Traditions of Dedham, where Victoria lived for seven years, and the great hospice professionals who have provided compassionate care over the last few months of their lives.

All are invited to attend a memorial service in honor of Victoria’s life on December 5, 2021 at 1:00 p.m. at First Church and Parish, Dedham, 670 High St., Dedham. After the service there will be a reception in the rectory. The family hopes that in Victoria’s memory, the people she touched will take on some of the qualities she wanted to convey: simplicity, understanding, and a deep acceptance of the present moment. If so desired, donations in lieu of flowers as an expression of compassion are welcomed: either to Hospice Services of Massachusetts at 681 Main St, Haverhill, MA 01835, or to Lifeworks, an organization that supports Victoria’s granddaughter and others living with autism 789 Clapboardtree St, Westwood, MA 02090 (www.lifeworksarc.org).

We will miss you dearly, our wise and wonderful mother who was ahead of her time in many ways. In your honor, may we choose to be more present in every precious moment of this life. How grateful we are for you!

Victoria has 1,355 native COVID-19 circumstances and 11 deaths in reopening shops throughout the state