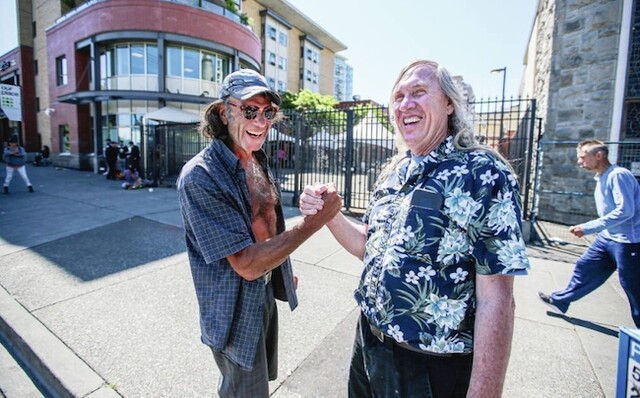 Rev. Al Tysick – just Reverend Al to most of Victoria – is retiring after spending a lifetime helping those in need.

For 35 years he has spent his days working with the poor and the weak in the city.

“I really enjoyed the road work,” said the 75-year-old Sooke resident on Monday. “I believe that was my calling from God from the beginning.”

Tysick moved to the city from Morrisburg, Ontario, near Ottawa, where he did similar work and ran a facility called the House of Lazarus.

He spent much of his time in Victoria at the former social agency Open Door before moving to Our Place on Pandora Avenue.

Ten years ago, at the age of 65, Tysick left Our Place to create the Dandelion Society for those “left behind”. “There were so many on the street who just needed help.”

Tysick said that for some of the people society helps, “it’s like a dandelion coming through a crack.” “Against all odds, they are recovering.”

Julian Daly, CEO of Open Door, calls Tysick – known for handing out early mornings coffee and muffins to people who live outdoors – “one of the most remarkable people I have ever met”.

“He’s out there at four or five in the morning with true unconditional love, providing care and hope and basic needs in all weathers and conditions.”

“He has been an important partner working with VicPD and many other partners to help the most vulnerable,” he said. “We wish him all the best for his well-deserved retirement and thank him for his commitment to our community.”

With his retirement, Our Place will take over the Dandelion Society. Tysick called it “a natural fit”.

“Our place is a haven for people who have to get off the road somewhere, while dandelions help those who are hidden.”

His son Jordan already works at Our Place and will lead the Dandelion Society from there.

“You could probably say he’s the most popular person in the city’s street and homeless community,” Daly said. “His contribution to the people on the street is incomparable.

“He lived his beliefs and beliefs in a way that I have never seen before.”