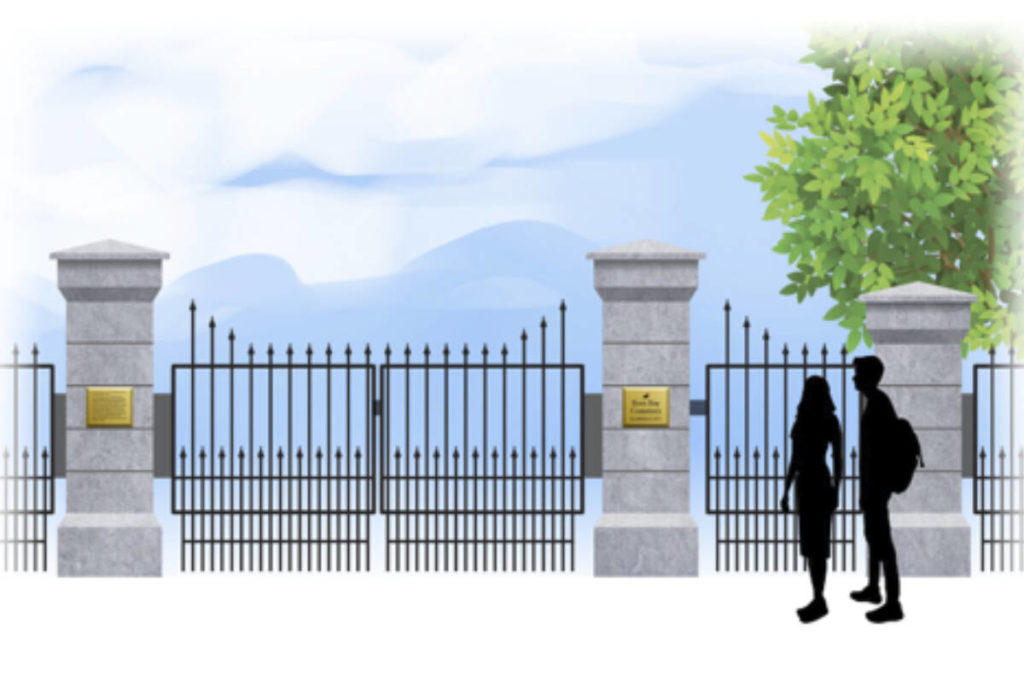 Victoria’s historic Ross Bay Cemetery turns 150 in 2023, and the Old Cemeteries Society of Victoria plans to mark the occasion by installing a memorial entrance gate.

Construction is set to start on Tuesday (Sept. 13) at what is actually the cemetery’s exit at the intersection of Fairfield Road and Stannard Avenue, as it was determined to be the best location to install the gate, thanks to there being plenty of space and easy public access, said project manager Wilf Bruch.

“Premiers and prostitutes are all buried at Ross Bay Cemetery, there are 28,000 people there so it is significant in a number of ways,” said Bruch.

“It’s significant because it shows our history and our legacy… it’s important for us to remember where we came from and our past.”

Bruch said the gate will be designed to match the styles of 150 years ago and will feature three granite-clad pillars with two iron gates – one large enough for vehicles to pass and one for pedestrians.

The design and project itself are the work of at least four years worth of planning and meetings with the City of Victoria in order to obtain the correct heritage alteration permit and construction permits for the historic property.

Bruch said the cemetery is the oldest English-style cemetery in BC, and possibly in all of Canada. Since its first internment in December 1872, and its first public internment in March 1873, it has become the final resting place for many of the province’s prominent figures, including Sir James Douglas, Robert Dunsmuir and Emily Carr.

“It deserves recognition as such, and it is not going anywhere, it’s going to be there for a long time, and I think it is important for the next generations to understand that it was important to us and important enough to build a gate that will be there long, long after we are gone.”

There once was a formal gate marking the property, but since the 1920s it has existed without any gates or even signs indicating the property’s significance, Bruch said.

Should construction go as planned, the new gate is expected to be mostly in place by the end of October, with the finishing touches complete by Jan. 1, 2023.

The project cost is expected to total $100,000, and while the society has some funds already set aside for a project like this, they are aiming to raise at least $50,000 through donations.

Donations can be made online at oldcem.bc.ca or by e-transfer, cash or check during one of the society’s tours.