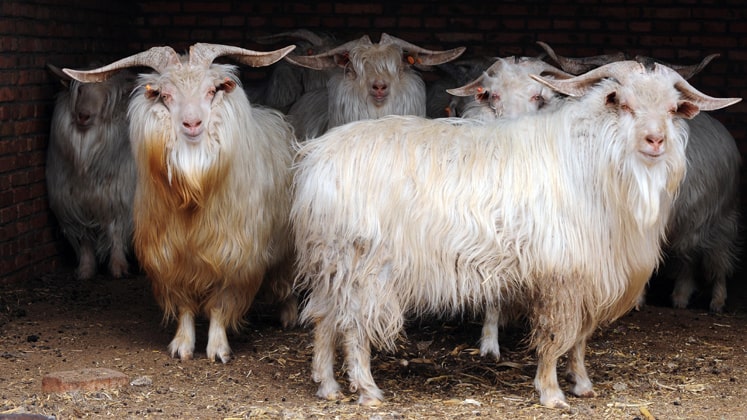 The decision was taken in view of PETA’s investigation on unethical treatment of goats into cashmere farms in China and Mongolia which together are responsible for 90 per cent of the world’s cashmere.

The investigation revealed that terrified goats were pinned to the ground while workers ripped out their hair with sharp metal combs so violently that the animals screamed in pain and sustained bloody cuts.

Taking a strong note of this situation in cashmere farms and celebrating Victoria’s Secret’s decision of banning cashmere, PETA Executive Vice President Tracy Reiman commented, “Victoria’s Secret’s decision is a win for the countless gentle goats who will be spared the agonizing ordeal of someone ripping their hair out. PETA asks everyone to help goats keep their hair by choosing vegan fabrics, which aren’t produced by condemning animals to a lifetime of suffering.”

To celebrate the decision, the fashion retailer will receive a box of delicious vegan chocolates from PETA.

PETA’s report further says that the negative environmental impact of cashmere production is greater than that of any other animal-derived material. The industry is a significant contributor to soil degradation, which turns grasslands into deserts, including in Mongolia, where 90 per cent of the land is in danger of desertification.

Victoria’s Secret joins ASOS, Columbia Sportswear, Overstock and dozens of other companies that have banned cashmere. PETA is calling on Urban Outfitters, H&M, Madewell and other retailers to follow suit.