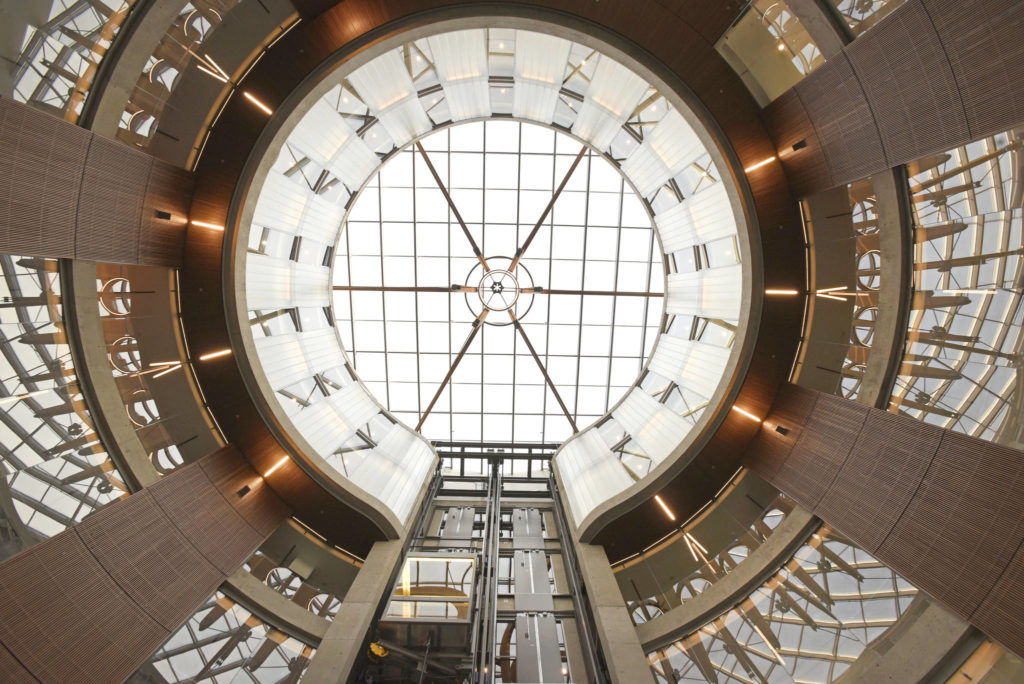 Architecture surrounds us, in our homes, at work or when walking and driving through our cities.

We see it every day, it affects us in every possible way and yet we mostly go unnoticed.

Most of us only react to architecture when we travel. Then we look for local architectural examples, perhaps the Eiffel Tower, Big Ben or the Empire State Building, examine the design, the history or just the view of the skyline.

But how about a closer environment? What examples of history can we find or what hidden details can we discover if we look?

Greater Victoria’s architectural gems include everything from indigenous longhouses to suburban homes to modern condos designed and built in every imaginable style and size.

We can’t discuss Victoria’s architecture without talking about architects, those skilled designers of buildings.

Over the decades, Victoria has had a huge roster of architects who have shaped the look of our little slice of Vancouver Island and the myriad ways we all live.

Rattenbury, famous for the Legislative Buildings and the Empress Hotel, notorious for its personal life; Maclure for his private apartments; and Di Castri for his mid-century designs, perhaps best known from the University of Victoria. James, who designed everything from houses to buildings, is perhaps the least known, but many of his designs are still standing and are iconic local structures.

Francis Rattenbury, born in Great Britain, moved to Canada in 1891. His most famous local designs stand around Victoria’s Inner Harbor: the BC Parliament Buildings, the Empress Hotel, and the CPR Steamship Terminal Building (in collaboration with Percy Leonard James).

Rattenbury’s personal life made him as famous as his professional work. Rattenbury left his wife and children to marry a younger woman who was twice married. They eventually moved to England, where Rattenbury was murdered in 1935 by his chauffeur who was having an affair with Rattenbury’s wife. His wife and chauffeur were both charged with murder – he spent seven years in prison, she was acquitted, but committed suicide just days later. An interesting architectural side note: John Rattenbury, orphaned by his father’s murder and mother’s suicide, grew up an architect himself and was mentored by the great American designer Frank Lloyd Wright.

Rappahannock on Rockland Avenue was built in 1910 to a design by architect Samuel MacLure. This is one of many houses along Rockland designed by Maclure. Don Denton / Black Press Media

Samuel Maclure, who was born in 1860, led a much more relaxed life and designed houses for the upper class of Victoria. Its homes and a rare commercial design (the temple building on the 500 block off Fort Street) are easy to find in the Victoria area (and coveted when they are up for sale).

His most famous commission was the neo-Gothic house for former BC Prime Minister James Dunsmuir, which we now know as Hatley Castle.

John Di Castri, a modernist who returned to Victoria in 1951 after studying in the United States, designed many of the buildings for the University of Victoria, as well as commercial and residential buildings in downtown Victoria.

Percy Leonard James, who often worked with his brother Douglas, designed many local residences in a variety of styles. Together with Francis Rattenbury, he designed the Crystal Gardens (now part of the Convention Center) and the Federal Building in 1230 Government St.

There were of course many more, and all of the above are historical. A multitude of architects are working today to shape the future of Greater Victoria.

Terracotta decoration on the outside of the Royal Theater on Broughton Street. Originally built as the Royal Victoria Theater in 1912-13 by the Victoria Opera House Company (William D’Olyly Rochfort and Eben W. Sankey, Architects) for live events, the space was converted into a cinema before going live again -Events was used entertainment. Don Denton / Black Press Media

The easiest way to enjoy Victoria’s architecture is to stroll through the city streets. See the bigger picture, but also take the time to note the details in the construction and furnishings, from the terracotta faces on the outside of the Royal Theater to the stunning interior ceiling of the foyer in the new Jawl building at 1515 Douglas Street .

Stroll through Chinatown or one of the downtown streets and look up for the names and dates on the facades. Notice how the original BC Electric building on Pandora Avenue connects to the new addition that became the Richard Blanshard Building on Blanshard Street. Soak in the brutalist concrete styles of Saanich Town Hall or marvel at the massive walls of Hatley Castle as you stroll the grounds of Royal Roads University.

Look at the neon tent for the Odeon Cinema, built in 1946 in the Streamline Moderne style, or the massive brick walls of the Emanu-El Congregation, built in 1863 and Canada’s oldest synagogue still in operation.

The Emanu-El Congregation Synagogue from 1863, designed by architect John Wright, is the oldest synagogue building still in use in Canada. Don Denton / Black Press Media

Compare the huge luxury villas of Uplands to the tiny worker’s houses in the Topaz Heights subdivision. The combination of historic architecture on the corner of Douglas Street and Belleville Street with the Mungo Martin Longhouse from 1953, the Pioneer Helmcken House and the modernist outer walls of the Royal BC Museum finally make you reflect on our history and our point of view.

Built in 1953 in the Kwakwaka’wakw style, Mungo Martin’s Longhouse is located in Thunderbird Park next to the Royal BC Museum. Don Denton / Black Press Media

There is a wide variety of books by authors who have written about local architecture or created guide books for local architecture, and architects by local experts such as Martin Segger, Nick Russell or the Victoria Heritage Foundation.

The exterior of Saanich’s meeting house made of concrete and glass, inspired by the brutalist architecture of the Swiss architect Le Corbusier, who used concrete in his designs. The building was officially opened in 1965. Don Denton / Black Press Media