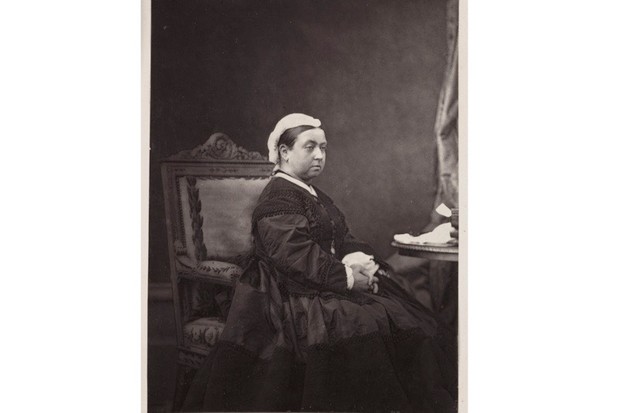 Queen Victoria at Balmoral with her daughters Princess Alice and Princess Louise, Duchess of Argyll, beside a portrait of her late husband, Prince Albert, in 1863. (Photo by Hulton Archive/Getty Images)

Born in 1819, Victoria was a fat, jolly baby, who as a toddler had the most appealing dimples and fair hair. When she was still Princess Alexandrina – or simply ‘Drina’, as her mother called her – she was rather beautiful, “cherubic” even.

Her features were “clustered round by glossy fair ringlets”; her complexion “remarkably transparent, with a soft and often heightening tinge of the sweet blush rose upon her cheeks, that imparted a peculiar brilliancy to her clear blue eyes”, as one observer gushed in the 1820s. 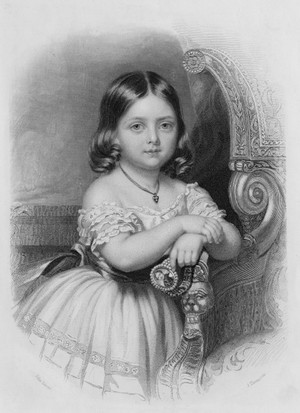 A c1924 portrait of the future Queen Victoria as a child, holding a miniature of her future husband, Prince Albert, set into a bracelet. An engraving by J Thomson after John Lucas. (Photo by Hulton Archive/Getty Images)

At age 10 Victoria seemed “fresh and round like a red rosebud with flying curls and large luminous eyes”, according to Caroline Bauer, her Uncle Leopold’s mistress. In 1831 Victoria’s governess, Baroness Lehzen, described her 12-year-old charge as “very pretty”, although there was no getting away from her lack of stature: the princess had a “graceful figure”, and, Lehzen noted, “a very small foot”. The court diarist Charles Greville, however, was rather unkind, thinking the young princess a rather “short vulgar-looking child”. 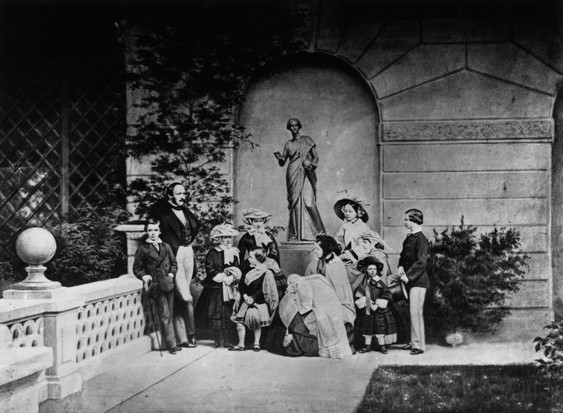 Queen Victoria with her husband, Prince Albert, and their nine children. (Photo by Rischgitz/Getty Images)

How tall was Victoria?

In 1846, an American visitor to London who had attended one of the queen’s receptions described her as a “pleasing lady-like little woman” whose height “cannot exceed five feet”. Some writers have stated that she was shorter than this: 4’ 10” or 4’ 11”.

However, in her recent biography of the queen historian Lucy Worsley revealed that the portrait painter Thomas Sully, who executed one of the first and most lovely portraits of the young Queen Victoria in 1838, claimed to have measured her with a tape measure at 5’ 1¼” precisely. 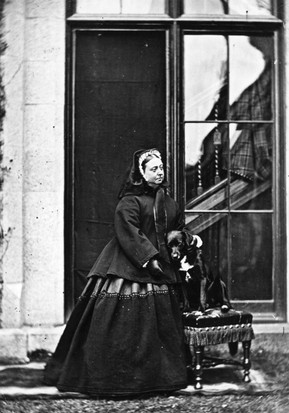 Victoria’s Uncle Leopold, solicitous about the young princess’s wellbeing in his many letters to her, worried that she was not getting enough exercise or eating the right food. But despite all his advice on her diet, Victoria never grew. Her marriage, nine pregnancies and a lifetime’s overeating inexorably took their toll on her figure, which spread ever outwards rather than upwards as she aged, thus making her appear even shorter.

Victoria’s lack of height always frustrated her – she was once heard to exclaim in frustration: “Everyone grows but me!”

As the young Victoria grew older her fair hair became darker and mousier and straighter, and although she had a very good complexion, her intolerance of heat caused her face to flush. Her mouth was rather thin and rabbity, and, when she smiled the princess displayed small, short teeth “like those of a mouse”, according to Princess Marie of Romania. Victoria’s half-sister, Feodora, noted her habit of keeping her mouth always a little open and advised her to try hard to keep it closed, though another commentator noted that her mouth, when closed, was “vacant and inexpressive”. 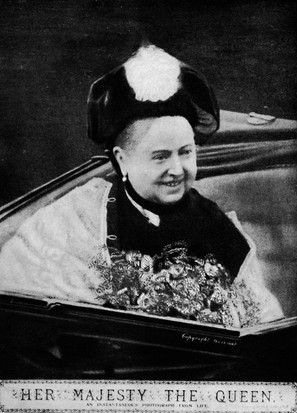 Queen Victoria, c1890s, in an open carriage on the Isle of Wight. From ‘Bibby’s Annual 1922’. (Photo by The Print Collector/Getty Images)

There is definitely a genuine prettiness in the early portraits of Queen Victoria, but one could never describe her as conventionally beautiful – except perhaps in that famous image of her gazing up adoringly at her husband, Prince Albert, on their wedding day. Victoria shared a likeness with her male German ancestors in some of her facial features – the slightly hooked Coburg nose, and the receding Hanoverian chin were features passed down to several of her children; the queen particularly lamented the latter in her son, Bertie, prince of Wales. 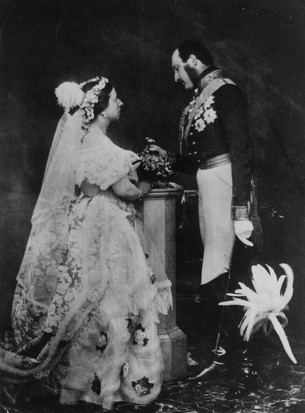 Queen Victoria and her husband, Prince Albert, in a re-enactment of their marriage ceremony, 1854. (Photo by Roger Fenton/Roger Fenton/Getty Images)

It is a great shame that almost all official images of Queen Victoria are with a neutral, if not po-faced expression, for she in fact had a lovely smile. “When animated and smiling, the expression is pleasing in the extreme,” wrote one observer: “her whole face laughs”. Thomas Sully’s portrait was thought to be the closest to the queen’s real character, which was “always best seized at a moment of animation”. But that elusive smile would not be captured by a photographer until much later in her life.

Queen Victoria is said to have had a lovely, pealing laugh, as well as a habit of shrugging her shoulders when she did so. Her voice –­ both spoken and when singing – was universally admired for its sweet, bell-like tones. Her self-confident delivery in public was noticed from her very first Privy Council meeting, held soon after her accession in 1837. At her first state opening of parliament later that year, the queen’s voice was, according to Sallie Stevenson, the wife of the American ambassador, “sweet as a Virginia nightingale’s…. sweet, yet soft; powerful, yet melodious”.

American artist Thomas Sully echoed these sentiments: “I should be gratified if I were able to give an idea of the sweet tone of voice, and gentle manner of Queen Victoria! It was impressive of dignity and mildness, and at the same time I felt quite at my ease, as tho in company with merely a well bred lady.” 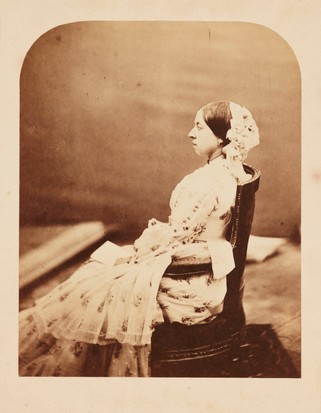 The actress Fanny Kemble considered the young queen’s voice to be “exquisite”; she had, she said, “not heard any spoken words more musical”. And the voice lost none of its attractiveness in old age; in the 1890s the actress Ellen Terry waxed poetic, remarking that it sounded “like a silver stream flowing over golden stones”. It is a shame therefore that a tiny fragment of a recording of Victoria’s voice, made at Balmoral on a treadle-powered Bell-Tainter Graphophone in 1888 is too fleeting and scratchy for us to be able to catch any sense of it; a later recording made in 1898 was apparently destroyed.

Did Queen Victoria have a German accent?

This is a much-debated point. Victoria was brought up in relative seclusion by her German mother, Victoire, Duchess of Kent, and German governess, Baroness Lehzen, and the three of them spoke their native language for most of the time. Until she was about 12 years of age Victoria’s tutors were mostly German and so it is unsurprising that a report on her education in early 1831 confirmed that she “speaks English with a German accent”. However, with the prospect of her becoming a future queen of Great Britain, it is likely that some of that accent was trained out of her by elocution lessons. 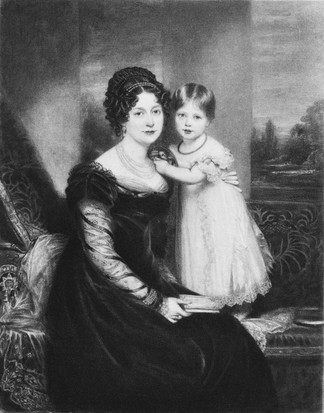 A portrait of the future Queen Victoria as a child with her mother, Victoire, Duchess of Kent, c1822. (Photo by Kean Collection/Getty Images)

When married, Victoria and Prince Albert conversed among themselves and with many of their foreign relatives in German, and they were often heard quarrelling in German too. However, it would seem that although, as she grew older, the queen had no overt accent, she had a slight German lilt to her voice that even rubbed off on her children, particularly Bertie. Victoria’s conversational speech and letters were larded with German words and turns of phrase. She is said to have had the habit of using the German interjection “so”, pronounced as “tzo”, and accentuating the “sh” sound German-style as “sch”. Victoria’s pronunciation of “Shocking!” when outraged, apparently had a particularly Germanic ring to it. 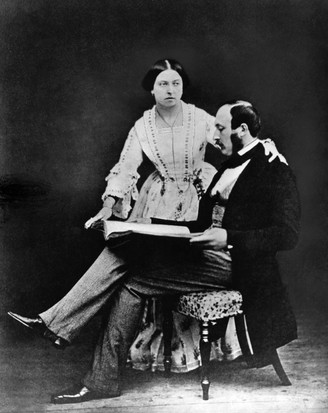 While Victoria was by no means conventionally beautiful, and indeed at first glance she appeared quite unprepossessing because of her lack of height, she had tremendous presence – as was noted by many people. Her presence made her seem taller than she was; as an 1846 American visitor noted: “her admirable gait, and the absence of that ‘tip-toe’ carriage usually observable in short persons, redeem her from insignificance.”

Queen Victoria also had tremendous poise, as Thomas Sully noticed. She had the ability to make a whole room stand still when she entered and it was a queenliness unique to her, described by Princess Lieven as “an aplomb, an air of command and dignity”. Such was Victoria’s grace of movement that she had an extraordinary ability to glide across a room, as historian Thomas Carlyle noted when they met in 1869. The queen, he said, had “sailed out towards [him] as if moving on skates”. Such lightness on her feet had perhaps been acquired through her youthful enthusiasm for dancing, and Victoria remained a nimble dancer well into old age.

We head to Kensington Palace, once home to the young Victoria, to discuss the queen’s life with the author, historian and broadcaster Lucy Worsley:

Do TV and films show us the real Victoria?

There have been many attempts to capture Queen Victoria in film and television right from the beginning of the silent film era. Aside from Anna Neagle in the 1930s on film, one of the first memorable TV Victorias was that by Annette Crosbie in the 1975 ITV series Edward the Seventh. Rosemary Leach and Sheila Reed also took on the role of the older queen on TV in the 1970s. But it is undoubtedly the Judi Dench version in the popular 1997 film Mrs Brown, and her 2017 reprise of the role in Victoria and Abdul, that stick in our minds. Dench’s highly plausible and down-to-earth interpretation set a benchmark for the older queen that it is doubtful anyone will ever match.

As for the younger queen: in 2001 Victoria Hamilton (who has since played the Queen Mother in The Crown) delivered an excellent, realistic interpretation in BBC TV’s Victoria and Albert. Emily Blunt’s spirited performance in the feature-film Young Victoria (2009), while engaging and accomplished, presented us with a far taller and prettier version of the original. And this remains the problem with all portrayals of the young Queen Victoria. There is no doubt that the lovely and vivacious Jenna Coleman has now indelibly set her stamp on the role through three series of the ITV series Victoria. In the first series in particular Colman showed us a side of the queen’s headstrong and impetuous personality with all its foibles and shortcomings that had not been fully explored before on TV. She has since grown into the role with considerable skill and authority. But is she the real Victoria? 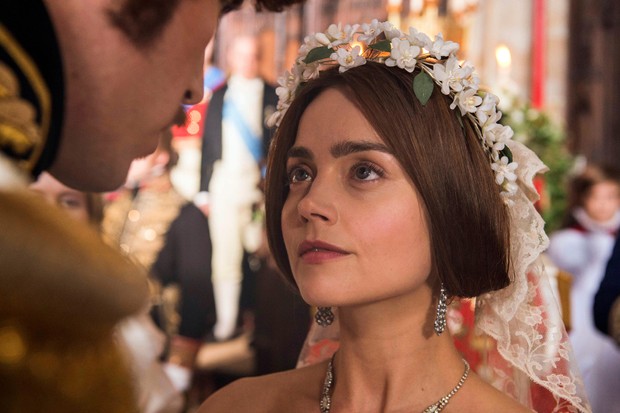 Alas, no. For all our wishful thinking, the years of romantic love were all too brief for the real Queen Victoria, who grew plainer and dumpier with every pregnancy. Widowhood at the age of 42 aged Victoria prematurely. The beautiful blue eyes became increasingly bulgy, the mouth more decidedly turned down, and the chin disappeared into fleshy jowls – contributing to an image of Victoria as a stony-faced and humourless matriarch. This does her a great disservice but sadly it remains the prevailing sense that we have of her. 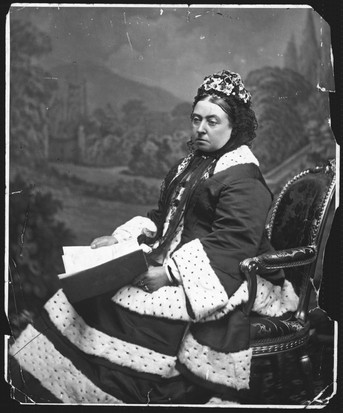 Sadly, too, no images of the queen that have come down to us truly convey the immediacy and force of her commanding personality – had we ever been in a room with her. It is that power; that instinctive queenliness that made, and still makes, Queen Victoria so compelling. It is a quality that transcends beauty and the many romanticised film and TV versions of her.

Dr Helen Rappaport is a Sunday Times and New York Times bestselling author and historian specialising in the period 1837–1918 in late Imperial and revolutionary Russia and Victorian Britain. She has written 14 books including Magnificent Obsession: Victoria, Albert and the Death that Changed the Monarchy (Hutchinson 2011) and she worked on the first two series of the ITV drama Victoria. Find out more at helenrappaport.com

This article was first published by HistoryExtra in May 2019