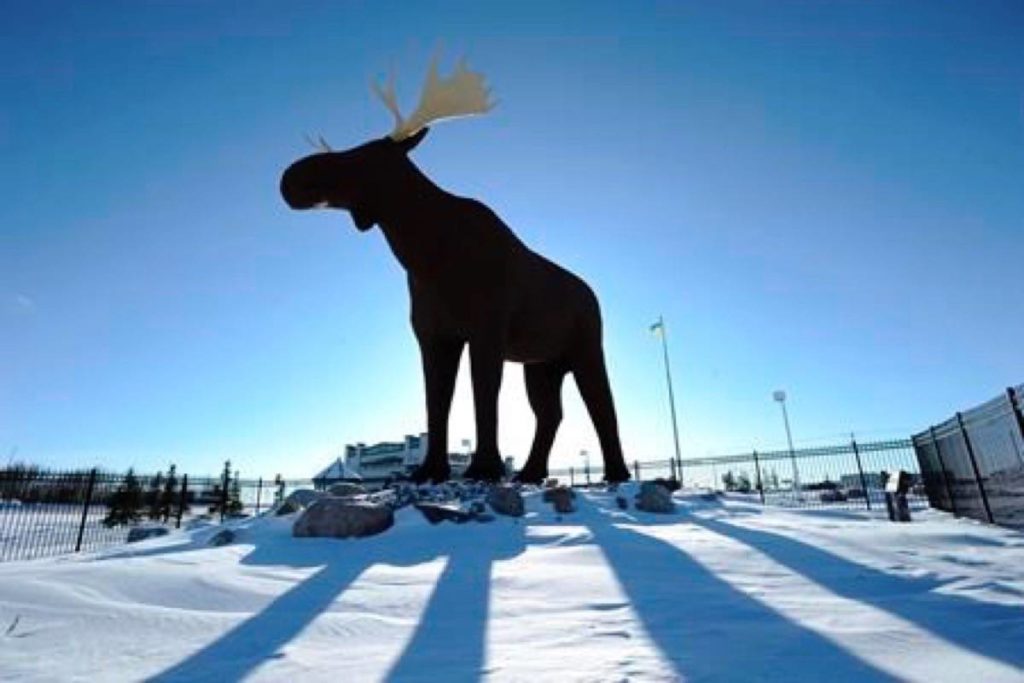 Mac the Moose got a boost and is once again the biggest in the country.

A crew of workers crouched high on an aerial work platform and carefully attached new antlers to the roadside attraction in Moose Jaw, Sask, using ropes and a truck crane on Tuesday.

The larger rack means the Mac is once again the tallest moose statue in the world.

In January, the city found that Mac was a little too short for the award because a shiny silver ungulate sculpture in eastern central Norway had overtaken him by 30 centimeters.

The reveal sparked a plan to dethrone the rival by building a bigger rack for Mac.

Longtime Moose Jaw resident Ron Mitchell was on his way to get his hair cut on Tuesday when he stopped to see Mac.

“I think it’s ridiculous,” said Mitchell of the attention the statue has received.

Rion White, a local taxidermist who has volunteered with colleagues and friends to build Mac’s new antlers, said the job was taking longer than expected. Mac had been bareheaded after its original stand was removed in June.

“We’re building this huge world record rack,” he said. “That was the biggest challenge … people don’t do that every day.”

White estimates that the new rack is about two by three meters. He’d wondered if it would even fit Mac’s head.

When he saw that, he was thrilled and relieved.

L’Heureux-Mason said while larger, Mac’s new rack weighs less due to the foam and other lightweight materials used in its construction.

White, who airbrushed the antlers with epoxy to create depth, has yet to add the finishing touches to the antlers before Mac’s big reveal takes place on Thursday.

“It’s important to get it right,” he said.

“It was a lot more work than I wanted, but now the time has come. I’m super proud and can drive this freeway all the time and say, ‘I had a part of it.’