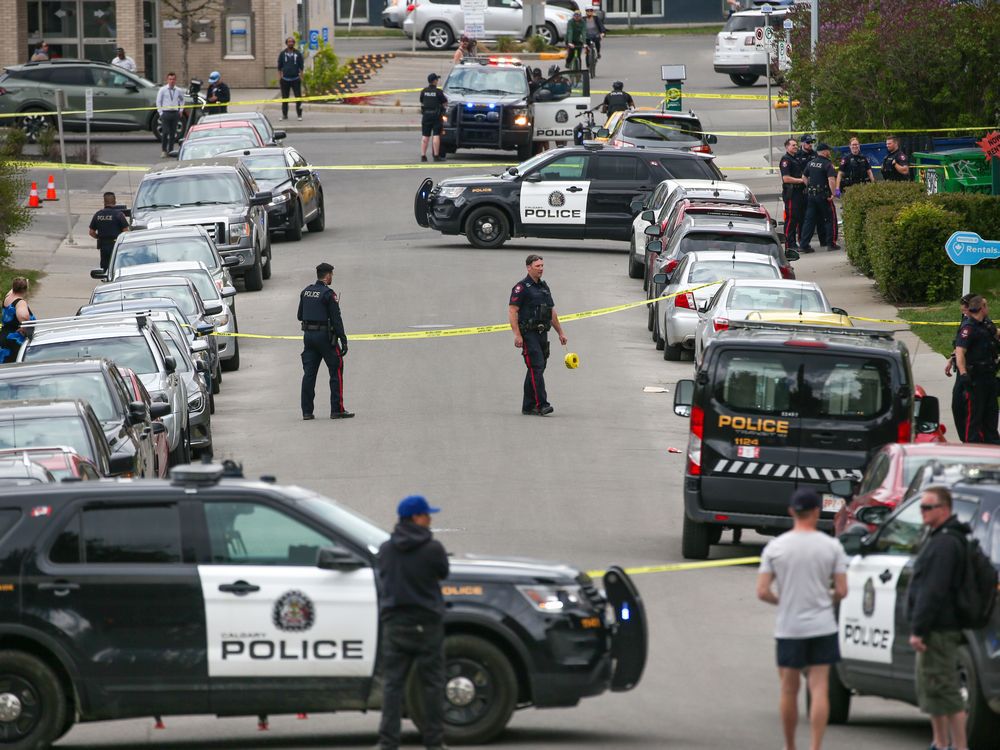 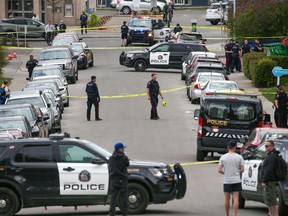 Calgary police were investigating a shooting along a busy stretch of 17th Avenue SW Monday afternoon that sent a young adult to the hospital.

Around 2:55 pm EMS responded at the request of police to the 1000 block of 17th Avenue SW for reports of a shooting, and found a man who had been shot in the arm. Paramedics transported the young adult man, aged 18 or 19 years old to Foothills Medical Center in life-threatening condition; his condition has since been updated to stable.

According to Calgary police, suspects had not been located or arrested, and officers were investigating in the area. Both lanes of traffic on 17th Avenue SW were closed between 9th and 11th Streets due to the ongoing incident. 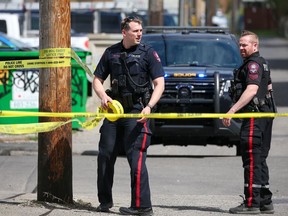 17th Avenue SW reopened to vehicle and pedestrian traffic before 5 pm, but police kept 10th Street SW between 17th and Cameron Avenues closed in both directions.

Police estimated the area would be shut down for several hours.

Some blood could be seen on the sidewalk and in the parking lot at the intersection of 10th Street and 17th Avenue SW on Monday afternoon as police carried out their investigation.

A resident of a nearby apartment building, Gordon Gidora, said he was on his balcony reading when he heard the shot ring out.

“I heard a shot from my apartment — it wasn’t as loud as I thought a gunshot would be. I heard one and then about three minutes later, I saw him bleeding in the parking lot pretty bad,” said Gidora.

“I just saw the man who was shot but I heard the scattering of people after.”

Gidora said this is the first time he’s seen anything like this happen in the five years he’s lived there.

“There wasn’t an argument before or anything like that, it was just yelling after,” he said, adding that it appeared the victim tried to run to the alley behind a nearby building.

Police said they are collecting CCTV footage from surrounding businesses as they continue their investigation.

They asked those who were traveling along 17 Avenue SW between 9 and 11 Street or through adjoining roads between 2:30 and 3:30 pm to contact police if they may have dashcam footage.

The shooting on 17th Avenue SW was the second shooting reported by police on Monday; the first shooting took place in the southeast neighborhood of Acadia around 11:30 am

Police said Monday evening it was too early to determine whether there was any relationship between the two incidents.

Sign up to receive daily headline news from the Calgary Herald, a division of Postmedia Network Inc.

Thanks for signing up!

A welcome email is on its way. If you don’t see it, please check your junk folder.

The next issue of Calgary Herald Headline News will be in your inbox soon.

We encountered an issue signing you up. Please try again

Postmedia is committed to maintaining a lively but civil forum for discussion and encouraging all readers to share their views on our articles. Comments may take up to an hour for moderation before appearing on the site. We ask you to keep your comments relevant and respectful. We have enabled email notifications—you will now receive an email if you receive a reply to your comment, there is an update to a comment thread you follow or if a user you follow comments. Visit our Community Guidelines for more information and details on how to adjust your email settings.